Field of Vision
James Terrell: Transcendence: Beyond the Terrestrial Plane 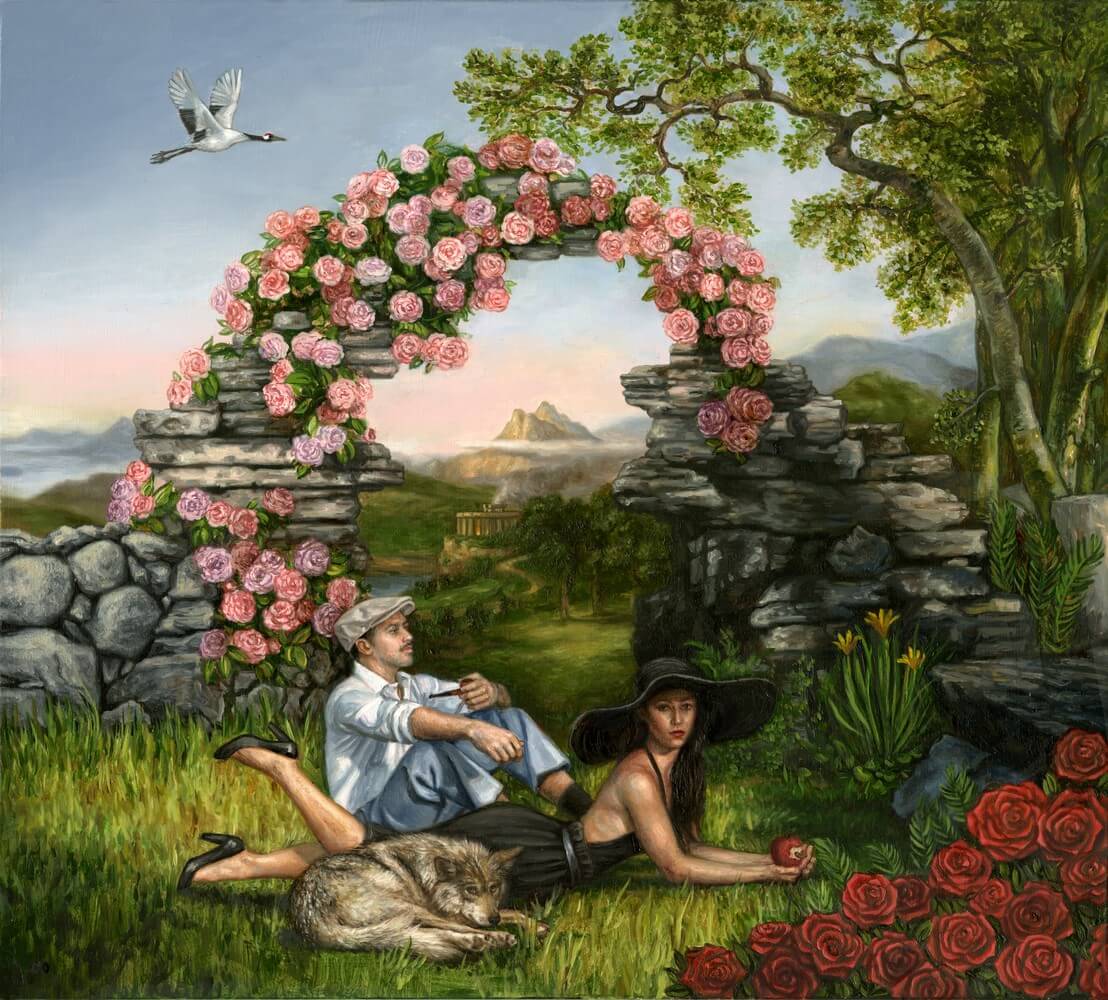 “Out of Eden” is a new series of work from contemporary master Cara DeAngelis. The cynical effect of modern living and the desecration of our environment are the lifeblood of this series. These works explore and question the role of wildlife in an increasingly industrialized society and our sometimes ambivalent part in it. For example, the models in the works are often depicted as oblivious to the carnage and oddities around them.

Influenced by Frank Lloyd Wright’s architectural color palette and mid-century structural environments, DeAngelis creates a time and space that is almost impossible for the viewer to pinpoint. Her long-standing incorporation of roadkill in her work has culminated into something both grandiose and plainly domestic. The viewer can decide if the work is inviting, unsettling, or both.

Cara DeAngelis was born and raised in Connecticut. She is a recipient of the CT Office of the Arts Fellowship Grant for 2012, as well as the Barbara Deming/Money for Women Grant. She has had full fellowships at both the Vermont Studio Center and the Prairie Center of the Arts.

In 2010 she was awarded a residency at the Terra Foundation in Giverny France along with a Guggenheim travel grant. She is also a recipient of the Rudolph Zallinger Painting Award. In 2011, Cara graduated with her Master’s degree from the New York Academy of Art. 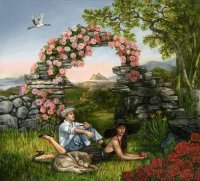 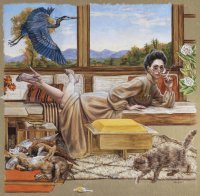