Symbols of the Sublime

Field of Vision
James Terrell: Transcendence: Beyond the Terrestrial Plane

Symbols of the Sublime
by Myles Roznowski 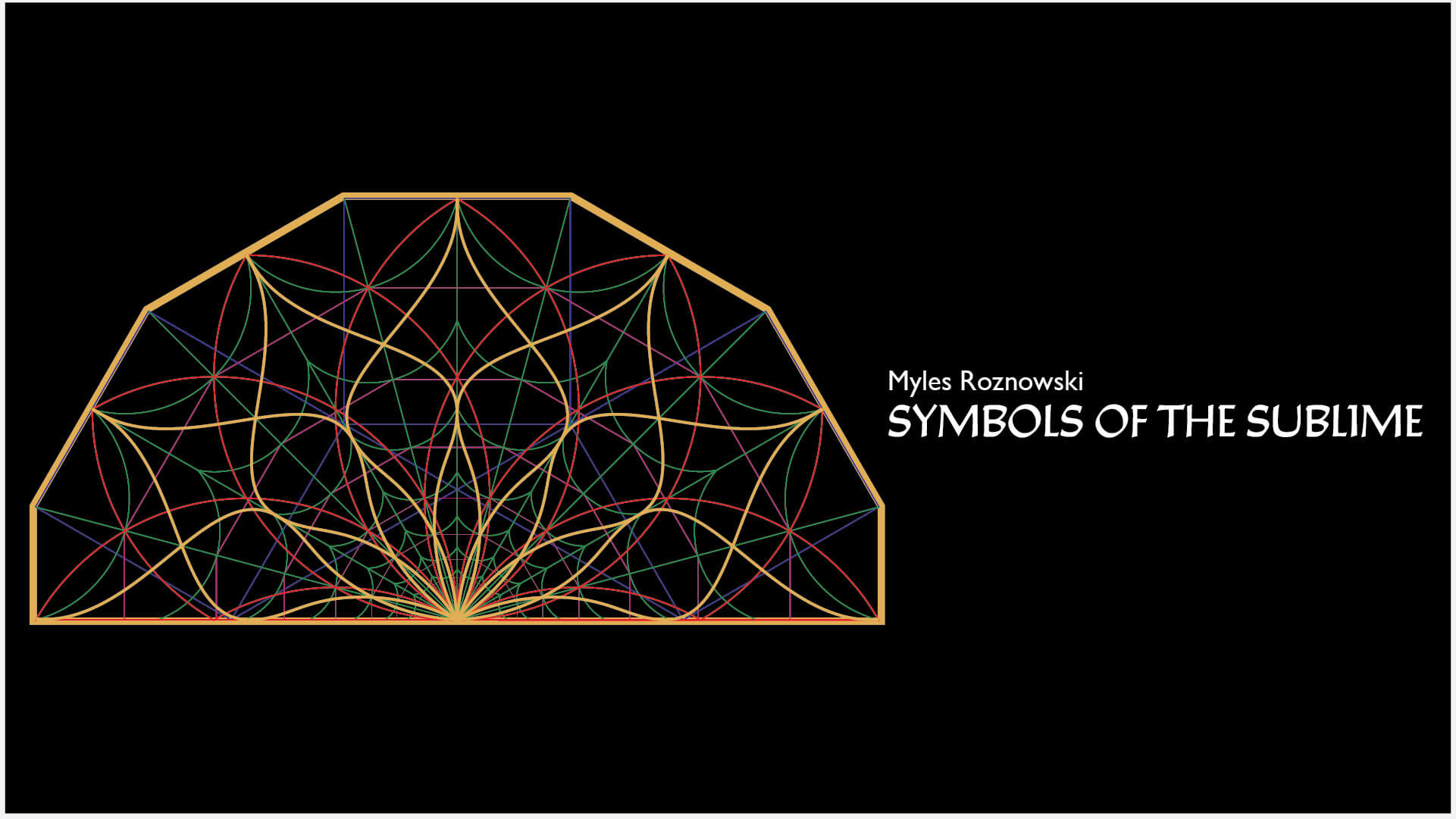 “Symbols of the Sublime” is a show for the spiritually inclined. “God ever Geometrizes” as Plato believed, suggests that geometric shapes are the foundation of everything that exists in this universe; from the motions of celestial space, to the structure of atoms, to the harmonies in music. Nature’s exquisite way of putting itself together can all be understood in geometrical form, creating puzzles and patterns that rarely disappoint.

Myles Roznowski’s work attempts to visualize the nature of these patterns through a range of media, on a visually encompassing scale. Intended to be introspective, the show symmetrically organizes shape, line, color, and dimension in an effort to tune the viewer’s energy and help reflect on a bigger picture. Today’s world constantly bombards us with noise: news, advertisements, influencers, and everything else that distracts from the present. “Symbols of the Sublime” seeks to compensate for the spiritual losses of modern civilization by introducing a sense of harmony and balance. It is a step into Roznowski’s journey of knowledge and ability as much as the viewer’s. Through studying and contemplating the essence of these shapes, patterns, and relationships – we gain insight to the mysteries and laws of not only our universe, but also ourselves.