The Museum provides thoughtful stewardship of the collections it holds in public trust. The staff focuses on the examination and treatment of works of art, materials research, education, and preservation activities throughout the Museum. 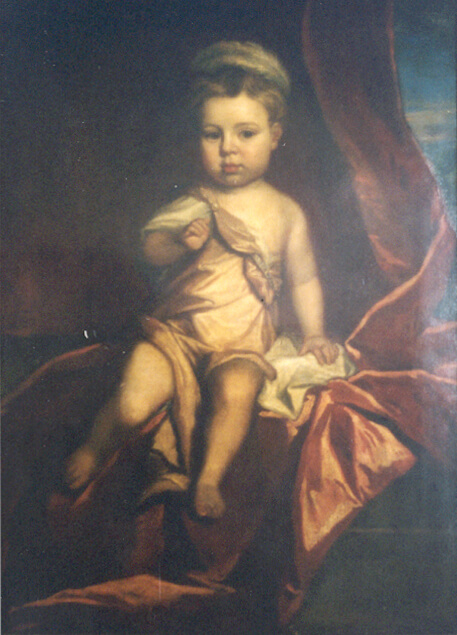 The before image of this painting shows multiple layers of grimy, discolored varnish as well as several over painted areas that were discovered during examination. Over paint refers to paint applied by someone other than the artist, which covers an original portion of the composition. 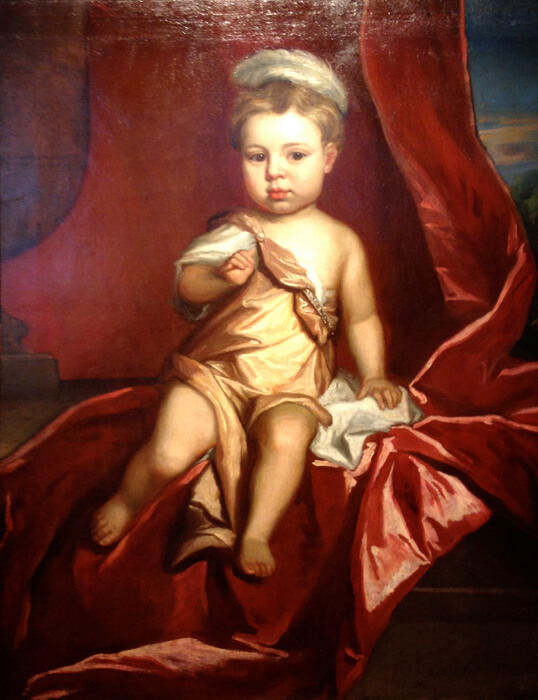 During the conservation treatment, the over paint was removed, revealing several elements of the composition.  Varnish, often applied to the surface of paintings as a protective coating, also assists the artistic illusion found throughout the composition. However, over time varnishes discolor and should be removed by a trained conservator.  The numerous layers of old varnish were removed, resulting in the child losing his jaundice appearance and depth returning to the overall composition.  A new coat of varnish was applied, and the painting was restored to the rich color and composition originally intended by the artist. 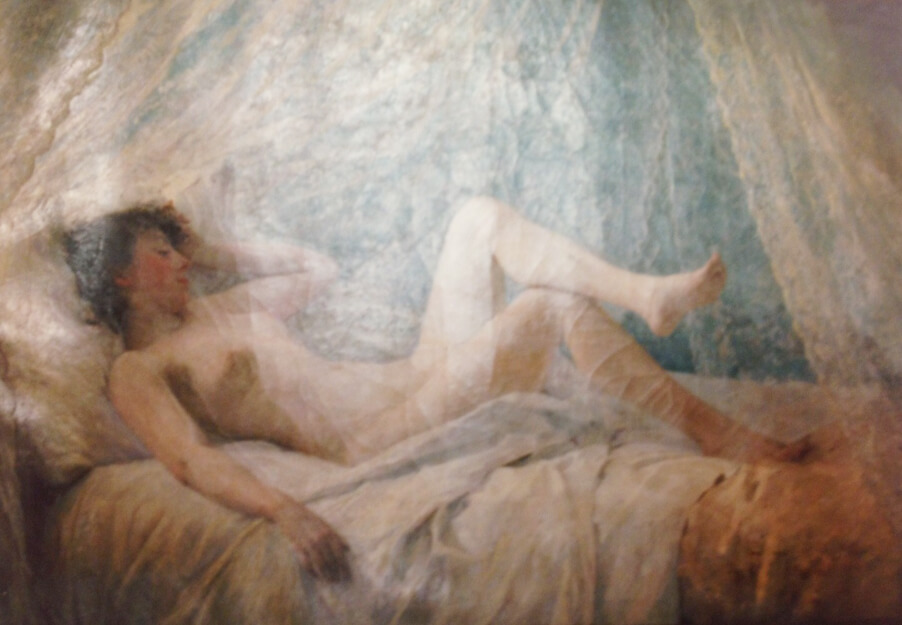 The before image of this painting, taken in raking light, shows a loose sagging canvas with an exaggerated crackle pattern throughout the surface. 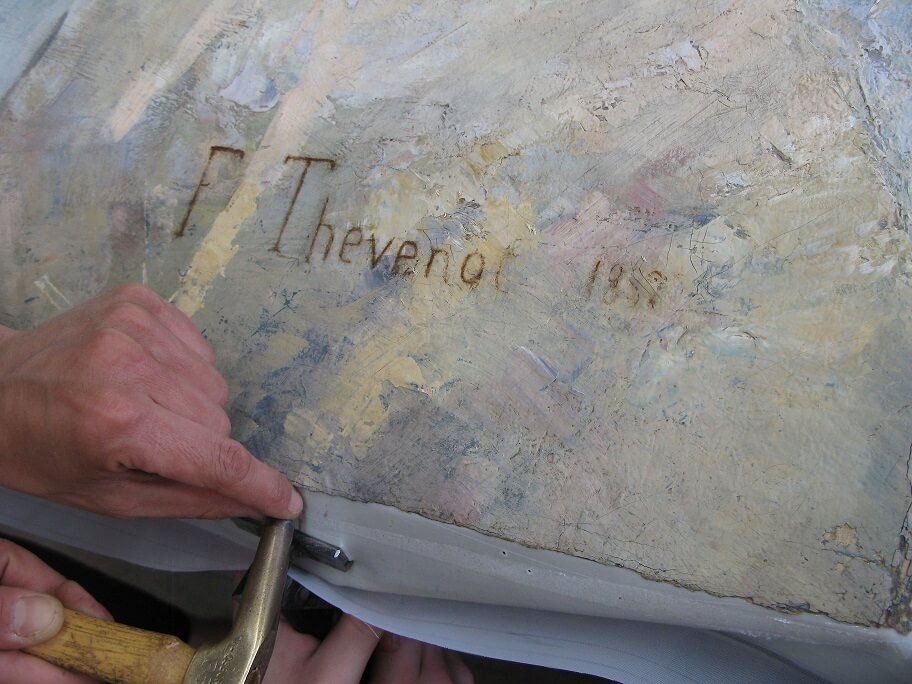 A lining is used to strengthen and support the canvas so the painting could be pulled taught on its stretcher, eliminating any distortions to the canvas and visually reducing the cracks on the surface.  Any loose pigment was bonded to the canvas with an adhesive. 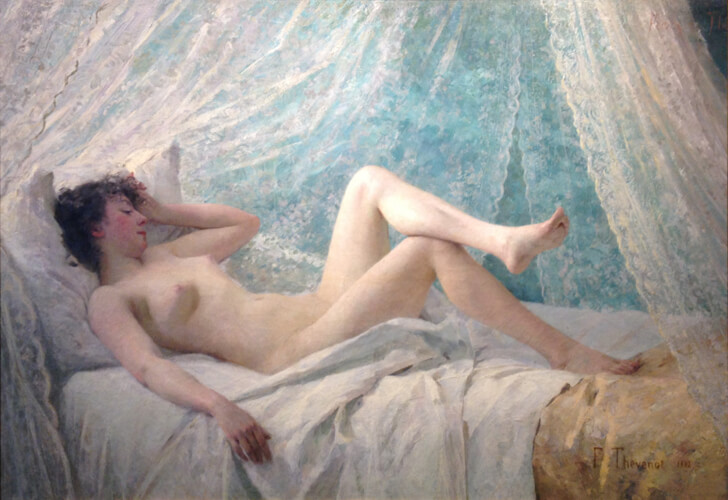 The old varnish was removed along with a good deal of over paint that revealed a second signature and additions to the couch. 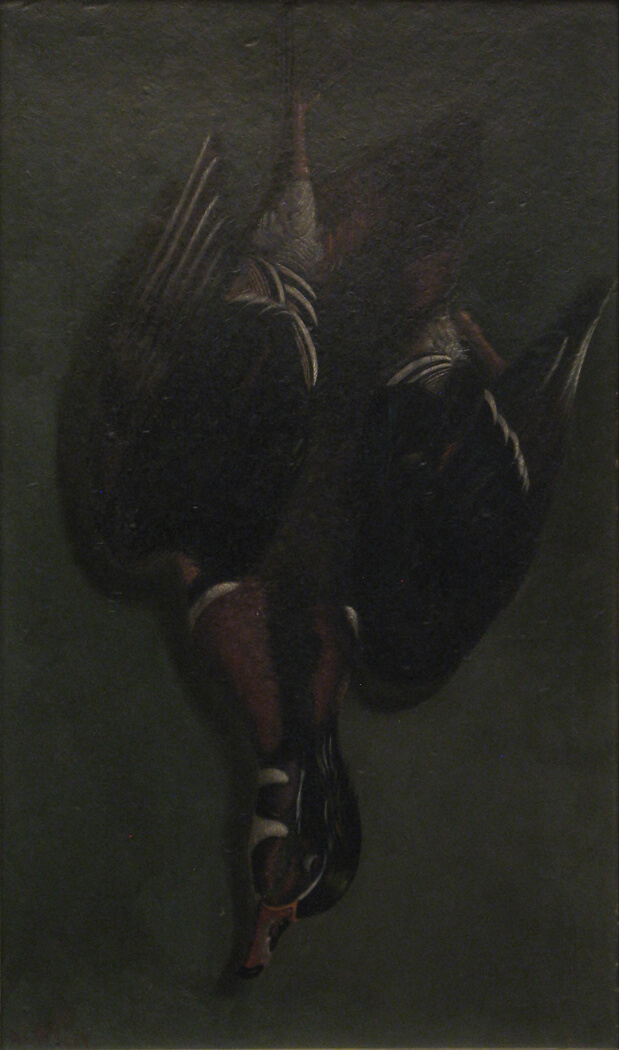 One of the most striking transformations of the works recently conserved is that of The Mallard.  In the before image the duck is barely visible giving a very muddy look to the painting. 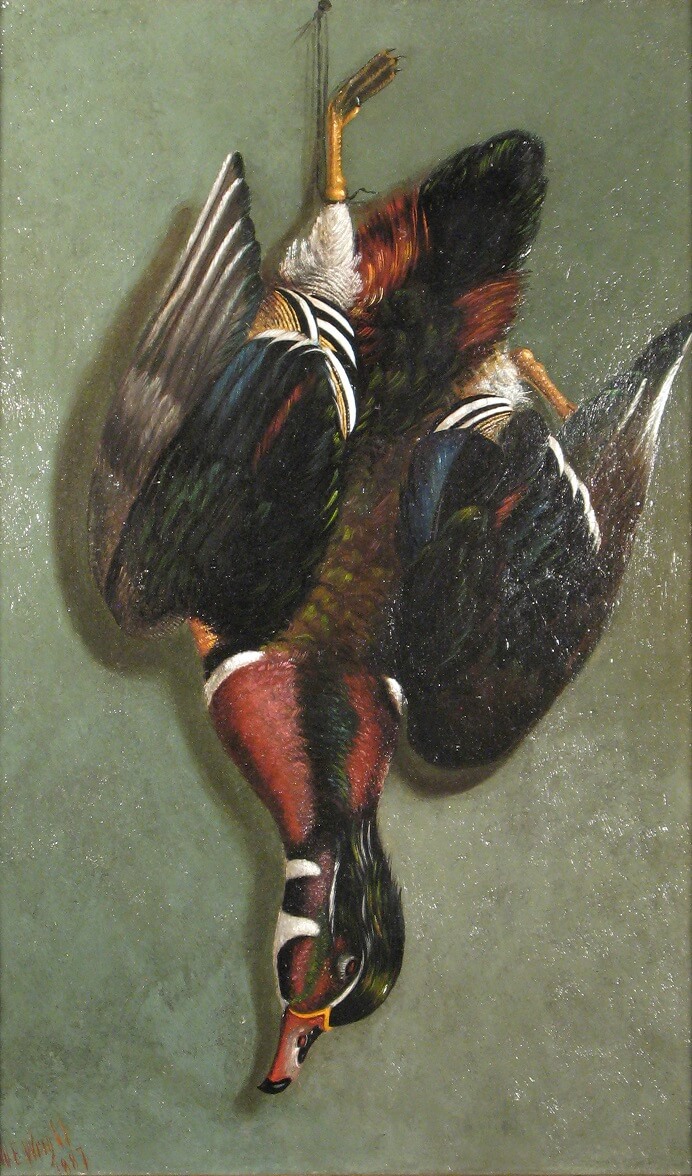 Once the old grimy, discolored varnish was removed and the original surface of the painting exposed, the brilliant range of color became evident, providing for the first time in decades the image the artist intended.  A new varnish was applied saturating the canvas and brought forth a multi-dimensional composition.