The Show Must Go On? Art in the Pandemic 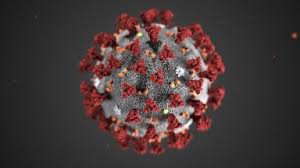 All of society has been paused. It’s like something from a sci-fi film. A Michael Crichton novel, a Vonnegut short story. JJ Abrams.

Name it. You have a reference.

Who would’ve thought we would live out our own pandemic? I for one have thought of it. The Robert A. Heinlein stories I read in my youth and Kubrick hallucinations, etc. ad infinitum have affected me as such that I expect to see it all. Flying cars. (I expect thought transmitters someday, so that I no longer have to labor to write my essays) Yep. So it isn’t strange to me to see the world, the newly interconnected world, shut completely down.

Right now we see a primary function of art on full display: human values over the almighty dollar.

If it weren’t for the negative ramifications, the hippie in me would be very happy. Slow the world down. Everyone needs a break. It feels spiritual. Except for the stock market crash, all of my friends in the concert industry losing work, the runs on groceries, the non stop social media campaigns. Panic. That feels like a nightmare. But a long-view shows how excellent this is for the human spirit. That the lot of all of mankind is at stake and we are willing to bend for one another.

Globalization is here. One World, as philosopher Peter Singer and many others have indicated. It’s extremely poignant during an election cycle. While we all argue over beliefs, politics, social structure. We see that in the event of an emergency, we know how to unite.

And this is where the show must go on. What is art about? Why are we writing songs, producing concerts, producing theatre, painting with oil? To convey the human experience. To enlighten and educate one another. Seems like a shallow point – and conversely, the deepest most unfathomable philosophy there is – Human Connection.

Working in the production world, I see Oz behind the curtain for a living. I help him pull the levers, hang the curtain. Sometimes I forgot the magic. Occasionally,  I look out and see that even the audience has forgotten the magic. Reality television has burrowed deep into our culture. While the drama is totally real and tangible and worthwhile of some of our time, it is a far cry from this stark reality we are living in. This reality that is almost always stranger than fiction. Rich in depth and meaning.

The pandemic has lifted us from our shallow minds. Text Message Mind. There are multiple versions of the self. There is a mind inside of each one of us that one might call, Funeral Mind. In Funeral Mind we are reverent of one another. Our heart is connected to our mind. And this intersection is where some of the best art lives.

Funeral Mind is where the show goes on. So while the world goes on pause, we actually get to see the very best of ourselves. The purest part of art: the why, the creation, the heart, that is on full display. We take a pause to save one another. During the pause we can create. We can prepare to come out better. Do our best to take care of each other. Use this time to think globally.

Borders, nationalism, loyalty, they are real in some meanings and fabrications in others. Art doesn’t know a boundary. The creative heart of humans is transcendent of theory. The epidemic has revealed truths about our greater community. While the media has hyped the story and maybe over hyped, it has also provided objective truths for us to respond to. The majority of us have responded with great empathy and understanding for one another.

The live music industry looked to one another for answers. It quickly came to the realization of what responsibility and care looked like, despite the financial problems it posed. I personally have lost a lot of work in the upcoming weeks and I know many people who have lost thousands of dollars in contracts. This is a high cost, but there could be an even higher cost.

One of those costs, would be to live a life without care for the struggle of another.

This pause is a great time to read a book. Write a poem. Compose a song. Meditate on a hill. All of the things that come first, before we venture forth into society. Education doesn’t come in the tid-bits that change rapidly in news every day. Education comes from deep thought and immersion in another’s ideas. Art, literature, theatre, music, cultural experiences. By providing space for one another’s health, we are proving to ourselves that we fundamentally believe this.

Perhaps I’ll go broke over the next few weeks. Perhaps I’ll have to resort to wiping myself with a towel. But I’ll know that in the state of emergency we can come together. That we value and honor one another. When the show does go back on, as it inevitably will, the experiences will be that much richer.

When all the Covid-19 babies are born nine months from now, we will know they are the true Love Childs.