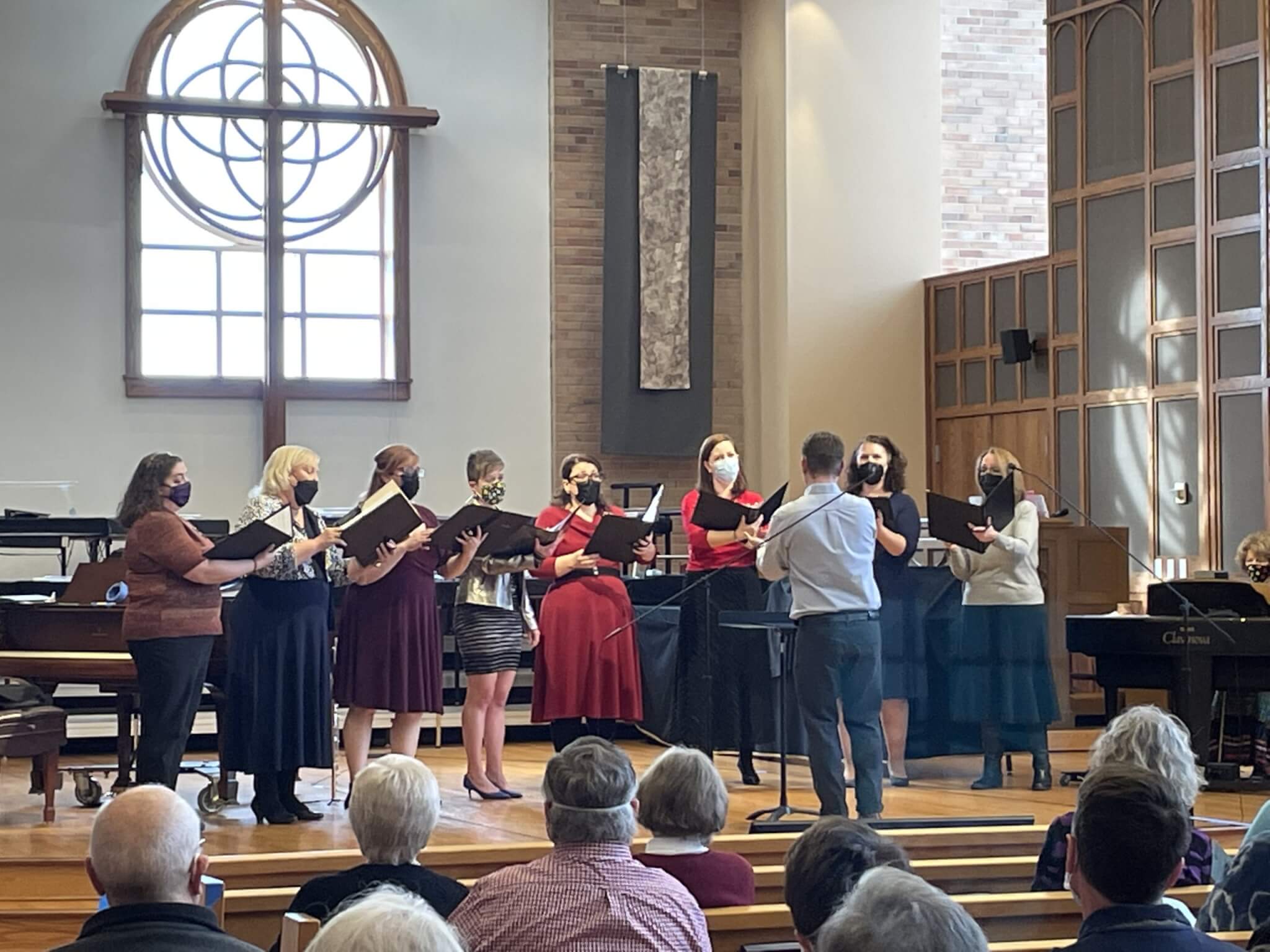 Jeremiah Kraniak, Artistic Director of the Choral Society, introduced the show by saying that we were about to hear different things other than the standard choral concert repertoire. Highlighting solo talents, group talents, musical talents, composition, and theatrics.

The performance, dedicated to Bob Sabourin Conductor and Musical Director of the Saginaw Choral Society 2003-2009, gave us just what Kraniak promised. The idea of a Members’ Recital was his “brain child” according to Kraniak.

​The event began with Steve Anderson’s take on Nat King Cole’s Unforgettable. About halfway through the program, Mr. Kraniak joined Catherine McMichael, for one of her original compositions, on flute. That was followed by an original composition named Leaves Falling by Robert Hart, who was in attendance in the audience. The combined voices did make you think of falling leaves, but not the Henry Mancini kind. Then we heard a sultry rendition of JulieLondon’s Cry Me A River sang by Nancy Stevenson. Kellen Woohiser played a Gershwinmedley. A student of McMichael’s, helped debut two new works from her January 9th program,An Avalanche of Notes at SVSU. McMichael, composer, pianist, and teacher accompanied most pieces.

​The program finished with a scene from the 1996 Off Broadway play I Love You, You’re Perfect Now Change. It was a fun duet about two awkward people meeting on a first date. Katie Beltran and Ric Roberts (production manager) sang and acted out the song, A Stud and A Babe, to the delight of the audience. It was a great way to finish the show.

On a scale of one to five of my “How Do You Like Those Apples” rating, I would give it 4 apples because of the unique talent of the soloists and the entire group giving their best.  It was quite an afternoon for music lovers. I wish more people would have been there to hear it.