A Christmas Story: The Musical 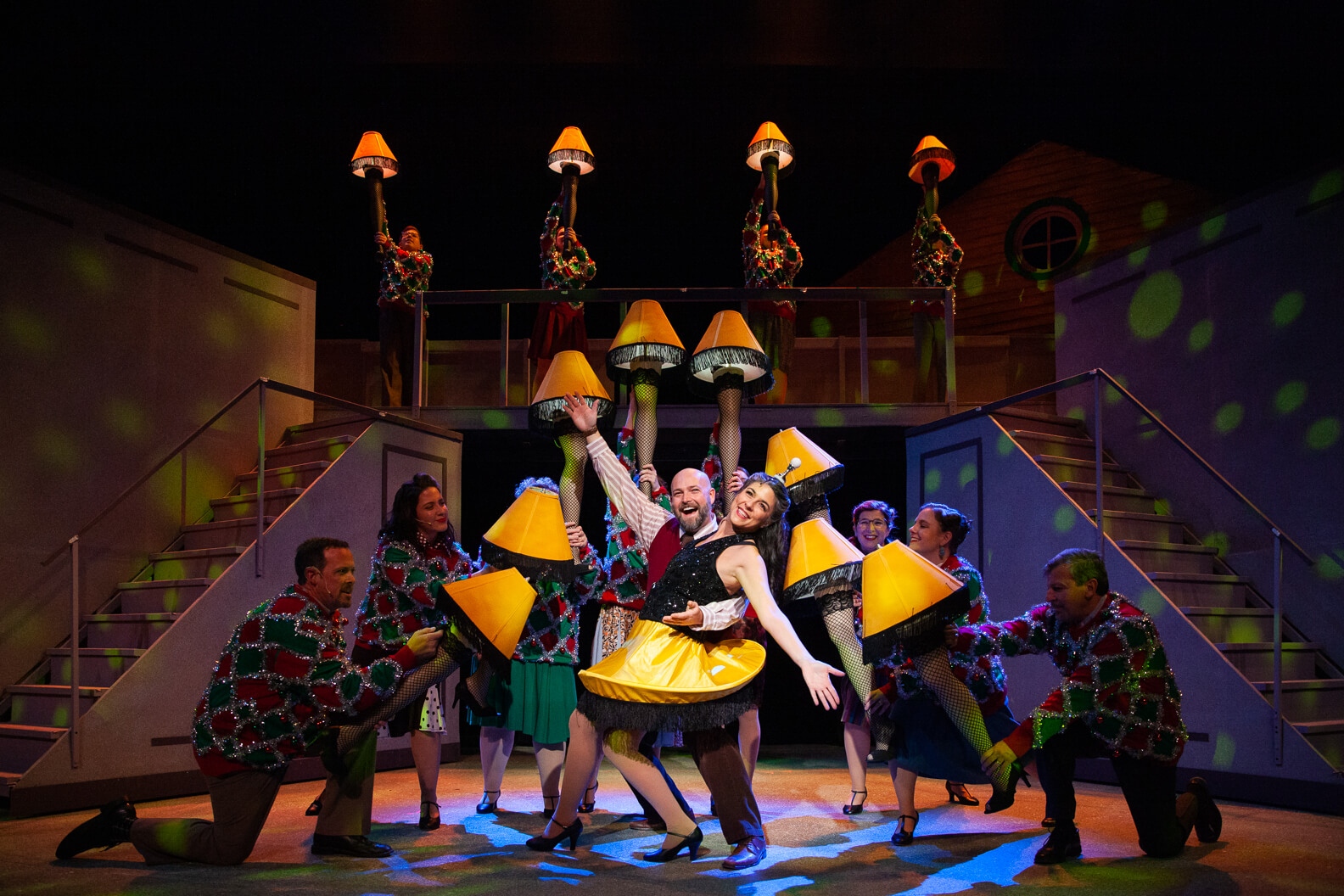 You might be hard pressed to find someone who has not seen the movie A Christmas Story. The thirty nine year old movie has long been considered a holiday favorite. People put the twenty four hour Christmas Day marathon on as a yearly tradition or the very least background noise. So it begs the question, what can a musical bring that makes the story fresh and new?

Midland Center for the Arts did just that with their production of A Christmas Story: The Musical. Filling a spinning stage with twenty seven cast members, matching Christmas sweaters, over twelve fake leg lamps, and a few blue comedy jokes.

I walked into the Midland Center for the Arts with a short list of expectations. I have only seen the movie in bits and pieces, usually while cooking Christmas dinner. I knew a couple of key phrases and characters but this story was still relatively fresh to me. I knew the main character wanted a BB gun for Christmas but everyone keeps telling him “You’ll shoot your eye out!” MCFTA’s production did not disapoint. They had all the iconic lines from the movie but delivery was often unexpected.

Miss Shields played by Emily Anderson belted out “You’ll shoot your eye out” while having a tap dance contest against Ralphie. Heartstrings were pulled throughout the audience when Mother, played by Brooke Gomez, sang Just Like That. The musical seemed to highlight the adult characters, delving into their story lines. I found I could relate much more to the parental characters than I would like to admit. Identical and spectacular Christmas sweaters adorned the ensemble as they joined Old Man, played by Daniel Buzzell, in singing Major Award. The audience laughed as twelve fake legs made up a Christmas kick line.

The rotating stage was a character itself. Seamless transitions between several sets left me wondering where we would end up next as characters walked in and out never pulling focus from the scene. Seventh grader Jessica Toole delights as main character Ralphie. From start to finish she had us believing the character was not getting a BB gun for Christmas. It reminded me of the days when you had to write the perfect letter to Santa, or the lengths you would go to convincing your parents to get you the right gift. You may find yourself hanging on the edge of your seat as Ralphie hangs from the edge of the slide.

Find out if Ralphie gets his ultimate gift in this production. A Christmas Story: The Musical runs through December 11th with two show times on Saturdays and Sundays.