A musical quest that bolts you to your seat 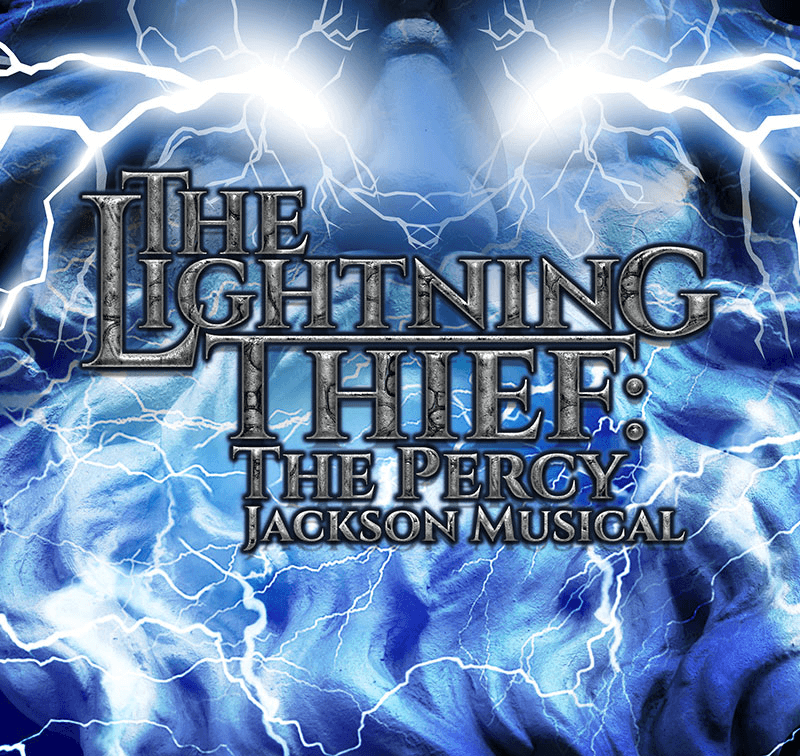 Pit and Balcony Theatre opens season ninety-one with a bang, or should I say a lightning bolt from the gods! The Lightning Thief: The Percy Jackson Musical is adapted from a book by Rick Riordan. As a steadfast read the book first enthusiast, I quickly downloaded the ten hour read. What is an action packed story is transformed by the Theatre’s cast, crew, and music ensemble. The dialogue is full of don’t blink or you might miss it well placed jokes.The choreography works to conceal sleight of hand and prop placement while a custom three headed dog puppet tap dances in the corner. Make sure to point the puppet out to your neighbor so they don’t miss it.

Emma Pichan’s vocals stand as strong as a demigod. As main character Percy Jackson, Pichan is emboldened by a six seat music ensemble. The cast of seven manages to each be a menagerie. Seamlessly transitioning from character to live props. Director David Ryan seamlessly transports us from pithy dialogue to toe tapping rock ballads. True Percy Jackson fans in the audience could be heard singing along with the cast during the catchy campfire scene.

With the words half-blood being strewn around in the dialogue it is no wonder that Lightning Thief strikes a chord with Harry Potter fans. But half-blood is where the similarities end on this musical journey. Percy Jackson is the unknown son of a well known Greek god. His misfortune follows him and his traveling companions wherever they go. Without ever leaving the stage the audience traipses from summer camp, to New Jersey, Missouri, and LA, home of the dreaded underworld. Jackson and his friends must seek to foil a plot of a thief, and find out who they are beyond the scope of their parents’ shadows.

The two hour musical neatly captures the major plot points in the original book. When the last song comes on you might find yourself surprised at more than just the thieves reveal! With the hero’s journey at an end the question remains “Where do you go when it’s over?” To get some ambrosia of course!

The Lightning Thief has traversed from Broadway to right here in Saginaw. You can catch the show through October 16th, Friday, Sautrday, and Sundays. Head to Pit and Balcony and afterward queue up the soundtrack. If only to get all the songs out of your head.