A Night of Music and Worship 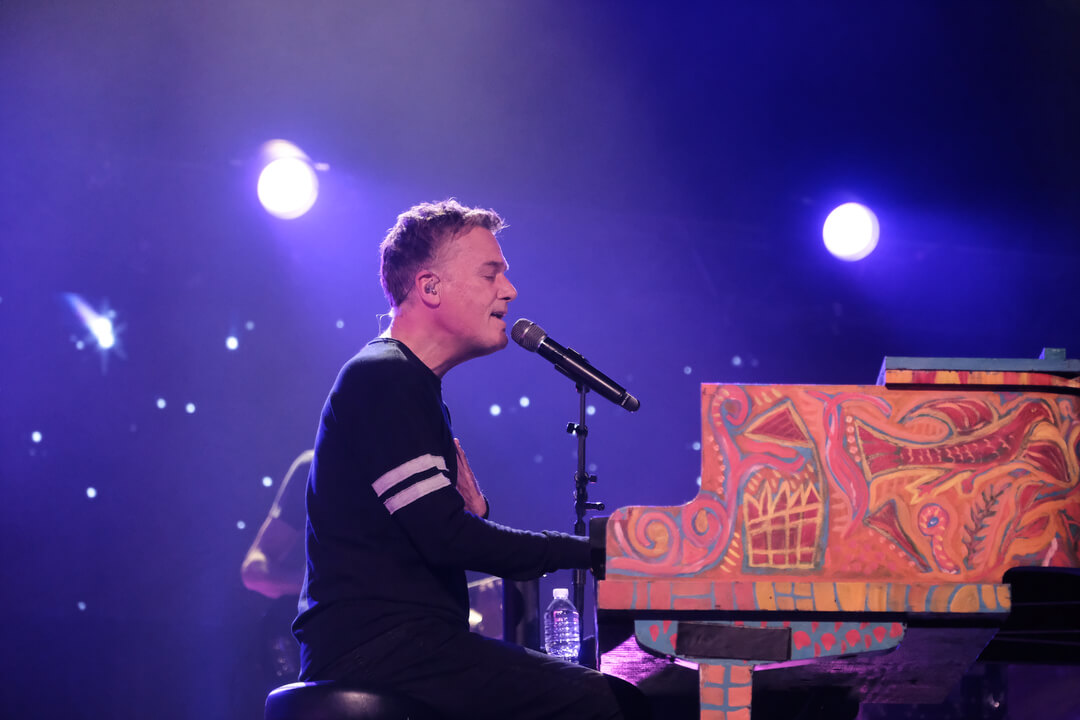 My friends introduced me to a game called “guess how many spotify listeners”. I learned that Michael W. Smith has over 1.2 million monthly listeners. Sunday night hundreds of those fans became a worship community at the Temple Theatre. Fans poured in with popcorn and pretzels, settling in early with their family and friends. They turned to their neighbors eager to talk about favorite songs and past concerts with an unexpected level of excitement.

Waymaker, a billboard chart topper, is the song that Smith built this tour around. The musician has been writing and producing music for thirty-nine years, impressive for the music industry in any genre. Smith hopes that people will feel included and encouraged by the tour, in a time where many are still feeling the loneliness of the pandemic. Before the music began the crowd was told to be prepared for an incredible night of music and worship. It seemed that was exactly what fans were there for.

Special guest John Reddick took the stage, pulling the attendees to their feet. Crowd participation was going to be mandatory and everyone was more than happy to oblige as they sang along and clapped with the beat. It seemed as if the crowd already knew the songs, but in case you didn’t know the words they had them on the screen behind the artist. Reddick had the crowd pumped up, and I liked that he used the moniker of Saginaw that we all love, Saginawesome. He got the crowd’s energy up to a level I would not expect for a Sunday night. Reddick made a joke that you could change the lyrics of a pop song to become a worship song as a popular Bee Gees tune played.

After a short intermission Smith took the stage along with five other musicians. He treated fans to well known songs and some he said were his personal favorites. Smith delivered worship and even a holiday tune in an upbeat package. He let fans know he was even struggling with losing his voice, although you would not have guessed it from the way he sang through choices from his impressive 280 song catalog. Fans across the theatre were seen singing along, clapping, and enjoying when their favorite song was up.

Vanessa Campagna was the backup singer who dazzled the crowd, both with her glittering outfit and shimmering vocals. Upon looking into Campagna’s music I was delighted to discover a cross-over artist of electronic and contemporary christian music. Together Smith and Campagna won “worship song of the year” for their rendition of Waymaker. Smith and Campagna are two musicians who deserve a listen, you may just discover a few new favorites for your playlist. I am looking forward to continuing to dive into both artists’ catalogs.

Michael W. Smith and The Waymaker tour rolled through Saginaw’s Temple Theatre on October 30th, part of their intimate concert series. The Waymaker tour started in early October and wraps up next month. Making its way around the United States before heading internationally in 2023.