A Night of Praise with Zach Williams 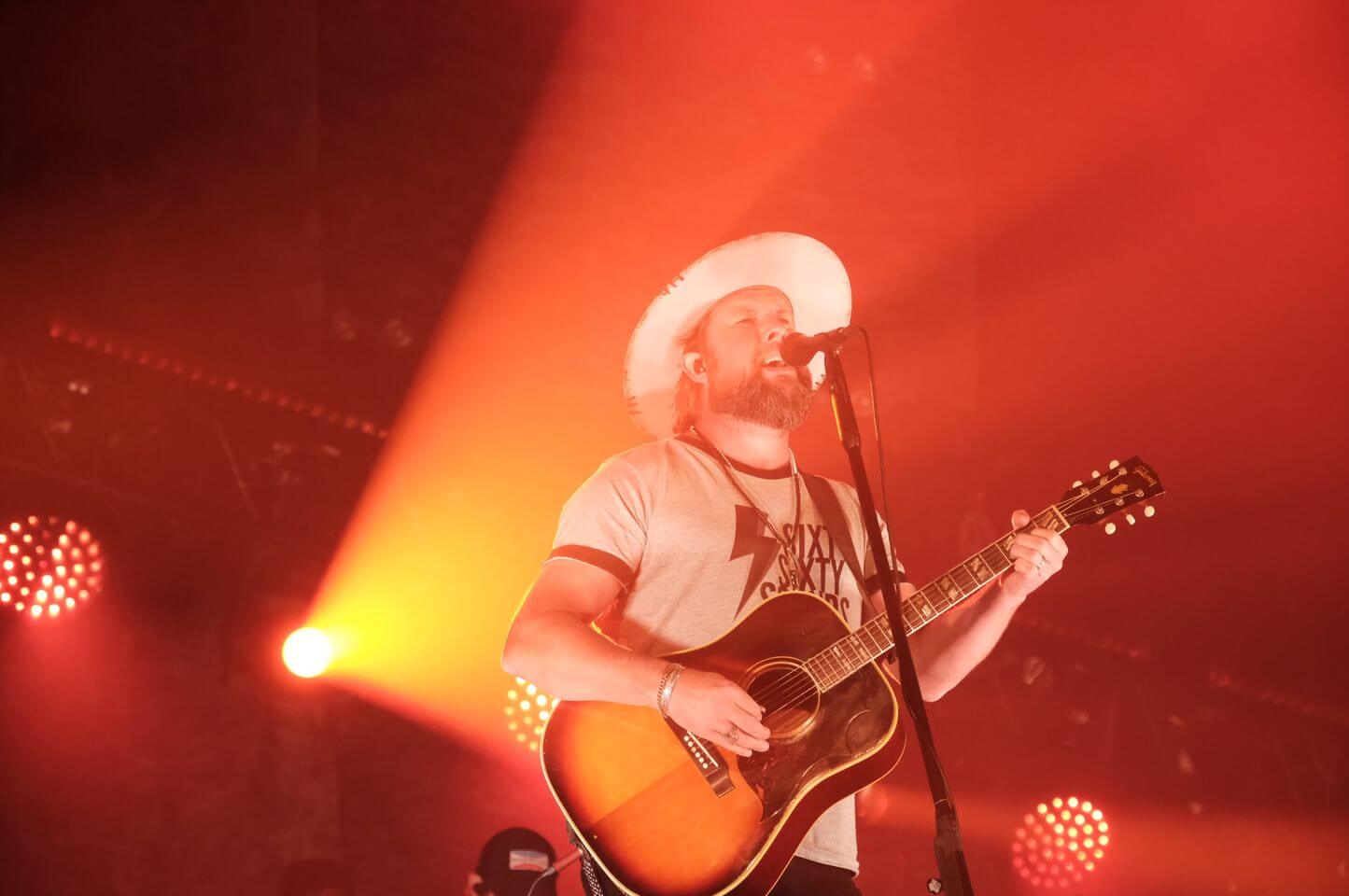 While around the corner a whole different kind of concert went on, at the Temple Theatre there was roof-raising praise for Jesus happening. For nearly two and a half hours Christian rocker Zach Williams and his opener artist Ben Fuller often had the audience on their feet with their hands in the air.

Grammy winner, Williams played some of his most familiar songs, including Old Church Choir, Fear is a Liar, Heaven Help Me, and his well-known Chain Breaker. Early in the set he called up one of his back-up singers Kennedy Lynn, who performed the part recorded by Dolly Parton on There was Jesus.

Mixed in with his older hits were a handful of cuts from William’s forthcoming album “Heart of God,” which he said is due out next week. “I didn’t truly understand the Father’s love until I had children of my own,” Williams explained, saying the title song on the album reflects God’s love.

Between songs, Williams commented on where and how a few of the lyrics came about, and gave a little of his personal “testimony.” Saying “God had a plan,” he talked about his own drug use, and how his need to be the center of attention got him into trouble in his early life. His recovery led to the hit song Rescue Story, the restoration of his marriage and family, and several other successes he attributes to his faith.

The rocker from Arkansas, shared with packed house that he has been clean and sober for just over a decade, and that his latest album comes out of his realization that “all these years I’ve been looking for him.”

With a sound system that could have shaken a stadium, there were times when the bass overpowered both singers, muffling the lyrics, but those familiar with Williams’ music were still rapped, and many sang along.

Before Williams took the stage, a relative newcomer to the Christian music scene, Ben Fuller warmed up the audience. Fuller, like Williams also shared a little of his life and the way his musical life evolved, including that he has been clean and sober from drugs and alcohol for three years. Between songs he related how his recovery and his career have affected the relationship he has with his father, which had been contentious in the past – saying, just prior to the concert he had a text from his dad he’d been waiting for his whole life. “He texted me; I love you!” he said.

During Williams’ set, Fuller returned to the stage to sing along with Williams on the Walker Hayes song, Jesus’ Fault. The song had personal meaning to both performers because they said the changes they’ve seen since their recoveries. The rousing lyric credits Jesus for all the changes in their lives, and is a statement that there’s no going back to the past.

Before the show and at intermission the audience was told Williams would be “doing something special,” with what they were told were communion elements, so when that hadn’t come up during the set, it was no surprise that there was an encore at the end of the night. After performing 15 songs, Williams left the stage, making the comment, “one more song.” After a standing ovation, he returned to the stage.

For his finale, Williams invited the audience to join him in Communion, which included a wafer and grape-juice. For the final song, he said, “we are the body of Christ,” and sang Flesh and Bone. About midway into the song, he offered everyone who wanted to, a chance to join him in communion.