A Pirate’s Life for Me: Treasure Island 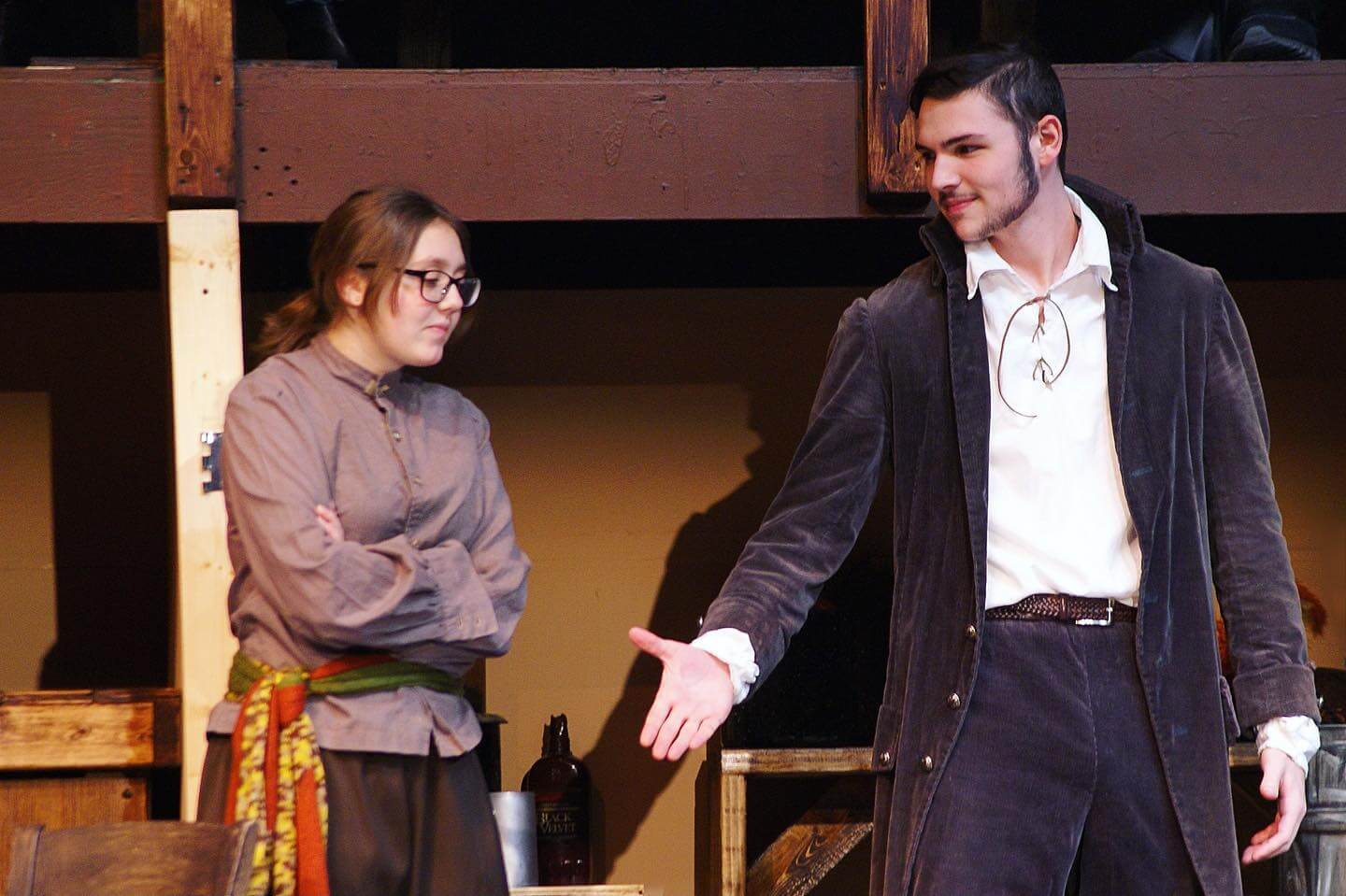 Grab your tankard of grog! Hid your dagger in your boot! Walk with your best pirate swagger to Bay City Players for Bryony Lavery’s adaptation of Robert Louis Stevenson’s classic, Treasure Island.  Join Jim Hawkins (Serena Gohs and Isabella Dey), Doctor Livesey (Myah Shelton) and Squire Trelawney (Alex Curry) as they travel aboard the Hispaniola to seek the legendary treasure of Captain Flint (voiced by Landon Whyte).   Accompanying the three on their journey, Captain Smollett (Kaleb Lentner), many sailors and pirates alike, and the most known of all pirates, Long John Silver (AJ Rock and Weston Smith).

The performance, a collaboration between Bay City Players and the drama department of Delta College.  brings together seasoned actors from the community, as well as newcomers from both Delta College and the surrounding community, resulting in a production that is engaging and innocent at the same time.  Each actor fully embracing their role, losing themselves in their character, and drawing the audience into the story.  Audience members watch as Jim grows up before their eyes, losing the naivete of her youth, realizing that not all who befriend you are actually a friend, while also maintaining a hopefulness about the world around her.  The “good guys” are rooted for, while a just and swift punishment is anticipated for the “bad guys” (pirates).  Comedic relief comes in the second act in the person of the lovely yet slightly crazy, Benn Gunn (Sofia Morrone).

The set design is minimal, easily transitioned, and communicative of the setting, an inn found in Southwest England, a ship sailing on the seas, an island in the middle of the ocean hiding the unfound treasure of Captain Flint.  The pirates’ shanty (work songs) provides a distraction from the action of changing set pieces between scenes.

The costumes are authentic for the setting and the time period.  Jim Hawkins, a girl, in breeches is outside the societal norm and commented on as such.  The pirate costumes are complete with eye patches, swords and daggers.  And of course there is the ubiquitous parrot, found in any pirate story.

The story of Treasure Island is well known.  This performance draws on the notoriety of the classic story and offers up a different perspective, inviting the audience to see the story with new eyes.  You have just this weekend to attend a showing at Bay City Players.  So get your eye patch and get moving!