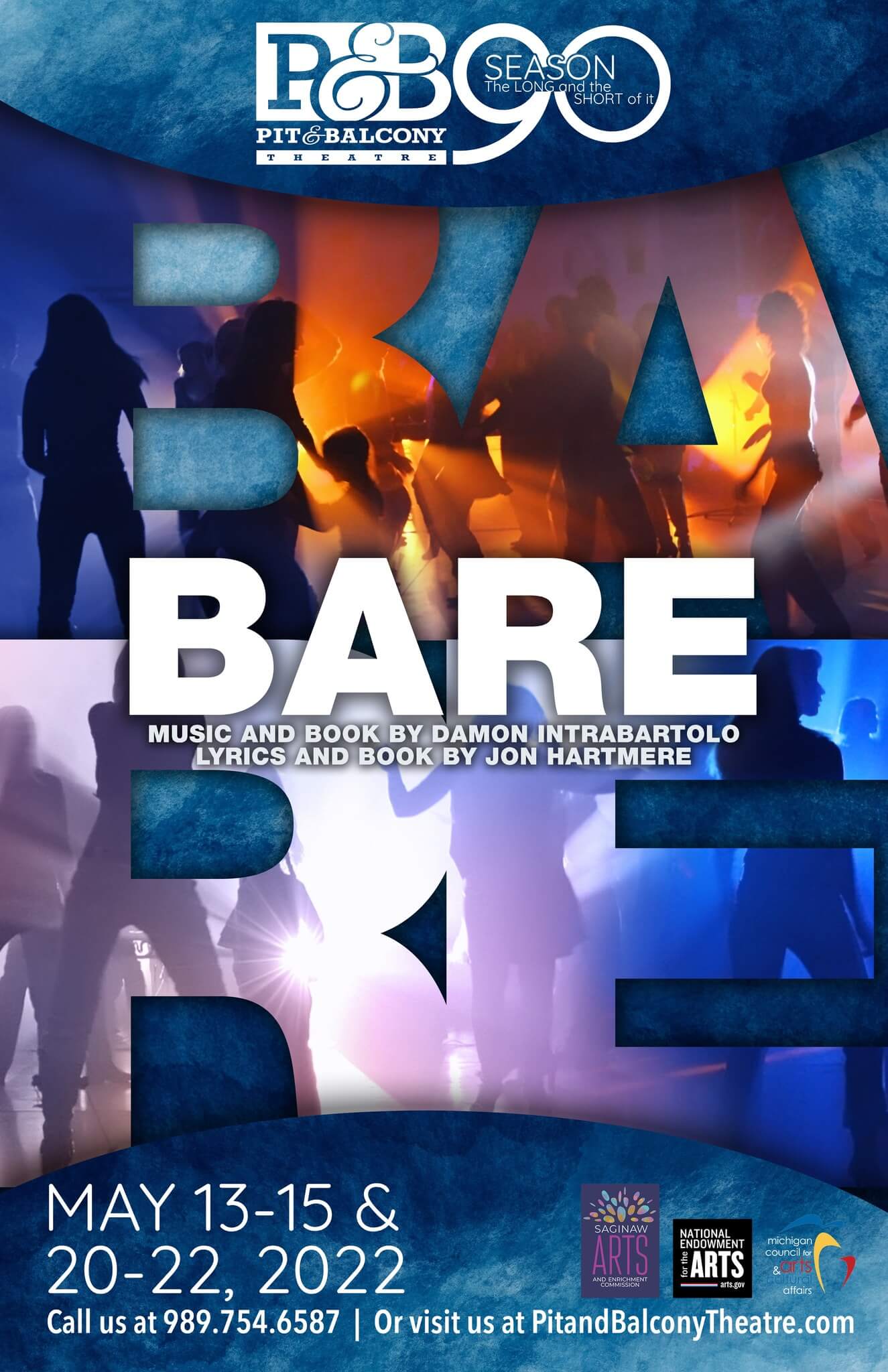 Twenty years ago, when the play was written, the world was a different place for people facing up to their sexuality. All these years later, same-sex marriage is legal, the LGBTQ movement has marched past the doors of discrimination, and the storyline of Bare: A Pop Opera seems like lightyears in the past.

Premiering Saturday, May 14th at Pit & Balcony, the musical is billed as the story of teenaged angst. There’s a smattering of the typical, from the guy who has the drugs and bad grades, to the competition between the popular girl, Ivy, and her rival Nadia, the one who is overweight and can’t get a date. Then there is the overarching story of two boys whose sexuality is the main focus. It all takes place at a Catholic boarding school in Anywhere, USA.

Written by Jon Hartmere, and Damon Intrabartolo, Bare, is nearly two and a half hours of singing, interspersed with dialogue. The choreography is well done, especially during a rap rendition of “Wonderland.” Nearly the entire cast danced in anticipation of attending a rave, where boyfriends Peter and Jason are caught nearly kissing. In the background a couple of the students get sick from the drugs they take, but the focus continues on to be on the boys and their budding relationship. On the floor in the background, it’s hard to tell in the freeze frame whether one of the other students overdosed or just passed out until it’s brought up later.

A total of 34 musical numbers makes up the two acts in the play, and as many as received rousing applause, others seemed unnecessary to the script. Since the main story-line of the play is the two boys and their love for each other, there were parts of the script that seemed to clutter things up, in the end leaving a few things hanging – like the unwed mother that Jason left behind, his sister who appeared to be his twin, but never knew he was gay, and the issue of suicide. Put the players at Pit really took it there through all the songs, dance and dialogue.

All of the actors and the orchestra performed very well. There were some technical difficulties with microphones, yet the show appeared to go off without a hitch. The headset lav microphones made it easier to hear spoken dialogue, but there were a couple of singers whose lyrics were either muffled or garbled, making it harder to understand. For example Sister Chantelle sang with unbounded energy in her two numbers “911 Emergency,” and “God Don’t Make No Trash,” but the lyrics were a bit garbled by overpowering the mic. This is tough to overcome anywhere when actresses/singers have powerful voices/input going into a headset mic that has a small capsule.

Throughout the show there was a lot to keep track of. Freeze frames and fade to black on the background didn’t detract from the drama behind the story. The Director’s notes on the show give the impression that each of the characters will be laid bare, emotionally, in some way. In reality, it is mainly the two boys whose lives are front and center. Bits and pieces of the drama of the other students was there, but it was overshadowed by the love story turned tragedy. The irony lays in the middle of the script where all of the students are involved in rehearsing for the school play, Romeo and Juliet. Jason has the lead role, but in the end, it isn’t Juliet but Romeo who lays dead on the floor.