Bringing in the 20s with “The Great Gatsby” 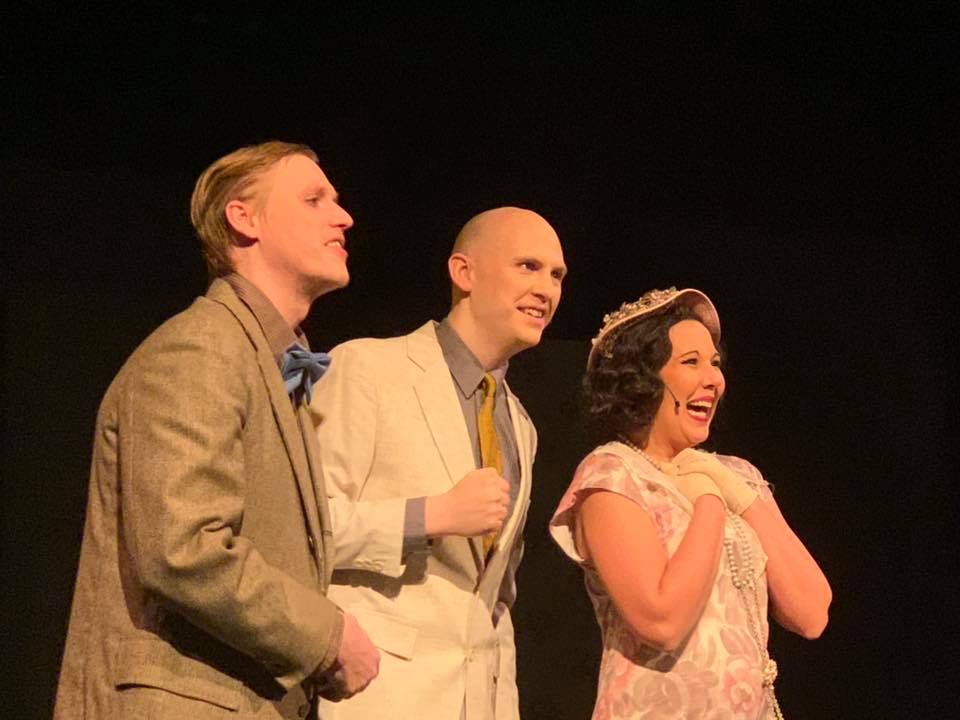 What better way to bring in the 2020s at Saginaw’s Pit and Balcony Theatre than by taking audiences back in time a century to the Jazz Age with a production of F. Scott Fitzgerald’s timeless Lost Generation novel, “The Great Gatsby.”

Adapted for the stage by Simon Levy, for six nights director Todd Thomas brought East and West Egg and the colorful characters who inhabit them to life for Tri-City theatergoers to enjoy.

To anyone who was ever a student in American Literature, the story is undoubtedly a familiar one: presented through the narration of American Dreamer Nick Carraway (played by Jeff Rogner), the incredibly wealthy, romantic and  mysterious Jay Gatsby (Jordan Reed) attempts to recapture the past and the love of his life, Daisy (Danielle Katsoulos).

To do so, however, he has to overcome the power and Old Money influence of Daisy’s husband, Tom Buchanan (Spencer Beyerlein), who, in spite of his adulterous behavior, provides her with the kind of security it would be difficult for any woman in that era to leave behind.

Without question, bringing “Gatsby” to life is a challenging endeavor. Even though the novel is not a fantasy, it’s incredibly surreal and heavy with symbolism that is difficult to reproduce, especially on the theatre stage.

Indeed, that surrealism was largely absent in the Pit and Balcony production. However, great work was done to deliver a 1920s atmosphere to the audience. A dance ensemble, which graced the stage during action breaks, made those in attendance feel like they were actually at one of Gatsby’s famous parties, as did a jazz trio, led by Dave Miller, whose music helped the experience feel authentic.

It’s unfortunate that any book adaptation to the stage or screen loses key moments from the original text, and no one could claim that this brisk production (a mere 90 minutes in length) is an exception.

However, the play’s cast did an outstanding job in portraying the novel’s characters. A few of the actors were especially noteworthy, including Katsoulos, who made the audience sympathize with Daisy as the “pretty little fool” struggles to choose between her love and her husband.

Also impressive was Ekia Thomas’s Myrtle Wilson, who believably portrayed Tom Buchanan’s working-class mistress who was desperate to break free from the poverty that trapped her. Finally, Jeff Rogner’s Nick Carraway is appropriately starry-eyed as he tries to fit into high society and woo Daisy’s friend Jordan Baker, and his heartbreak is real when his hero, Gatsby, falls.

The events of “The Great Gatsby” may have taken place a century ago, but the story still feels relevant in a society where class conflicts are as present as ever. As this is unlikely to change any time soon, and as long as productions as successful as Pit and Balcony Theatre’s keep adorning stages across the country, “Gatsby” will likely be part of our cultural lexicon for years to come.