Buddy the Elf…er…human? I know him! 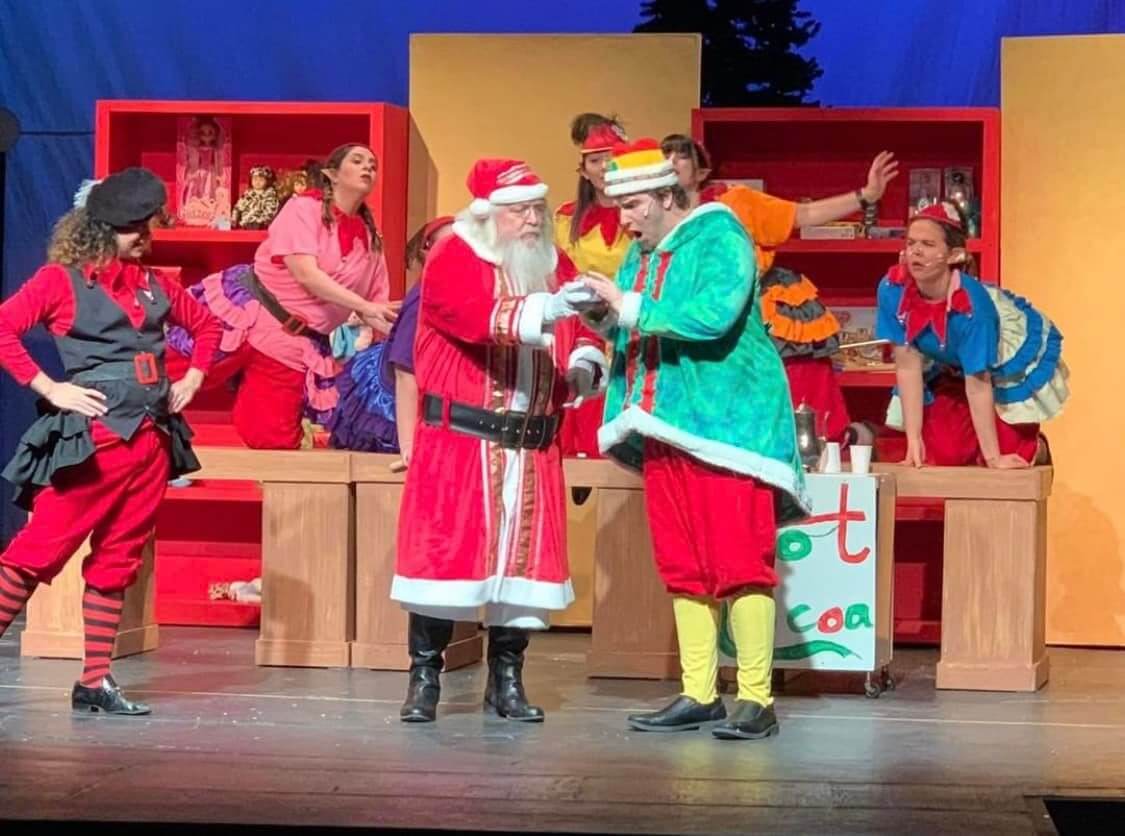 Pit and Balcony Theater celebrated the beginning of the Christmas season with a packed house for the premier of Elf the Musical. The “Sparklejollytwinklejingley” show featured an ensemble cast including Spencer Beyerlein as Buddy the Elf, Brian Bateson as Walter, and Will Kircher as Santa. Co-directors, Judy Harper and Jeanne Gilbert, guided the cast and crew to present a show that was engaging and a true delight to witness.

Beyerlein’s portrayal of Buddy was infectious and heart-warming. The audience truly felt Buddy’s sadness as he left his beloved Christmastown, his wariness in approaching his new hometown of New York City, and his delight at meeting his human father, mother, and brother. Throughout the numerous song and dance numbers, Beyerlein maintained high energy and joyous attitude that perfectly represent the personality of an elf.

Bateson’s performance as Buddy’s human dad, Walter, was the perfect foil to the exuberant elf. Walter is a no-nonsense businessman who finds that Christmas is “a waste of time.”  Finding out that he has a son is a surprise, but finding out that his son has been raised at the North Pole with Santa and the elves is truly unbelievable.

Jovie is played by Kennedy Danner. The theater veteran created a character who was disappointed by her life’s outcome but open to new possibilities when she met Buddy.

Ann Russell-Lutenske plays Emily, the long-suffering wife of Walter. Emily is mother to Michael, played by Danny Schulz. Both Emily and Michael long for Walter’s time and attention, and both are very welcoming to Buddy, even though they think he is a little crazy.   The actors work well with each other and portray a believable family that was once disjointed but, by opening to the true spirit of family and Christmas, becomes a happier and more loving group.

The cast is rounded out with William Kircher as Santa, Ken Herr as Walter’s boss Greenway, Colorgio Romello as Store manager/Charlie/Chadwick, Michelle Zoellner as Walter’s assistant Deb, and various ensemble members. Each actor brought a talent and an energy to their character that made the entire performance a delight to watch.

The Sound and Light team, the orchestra, the Set and Costume Design team, and all the volunteers worked seamlessly together to provide a rich and enjoyable holiday show.

Elf the Musical is a wonderful way to kick off the holiday season. Join Buddy today in singing a holiday song and bringing a smile to your face.