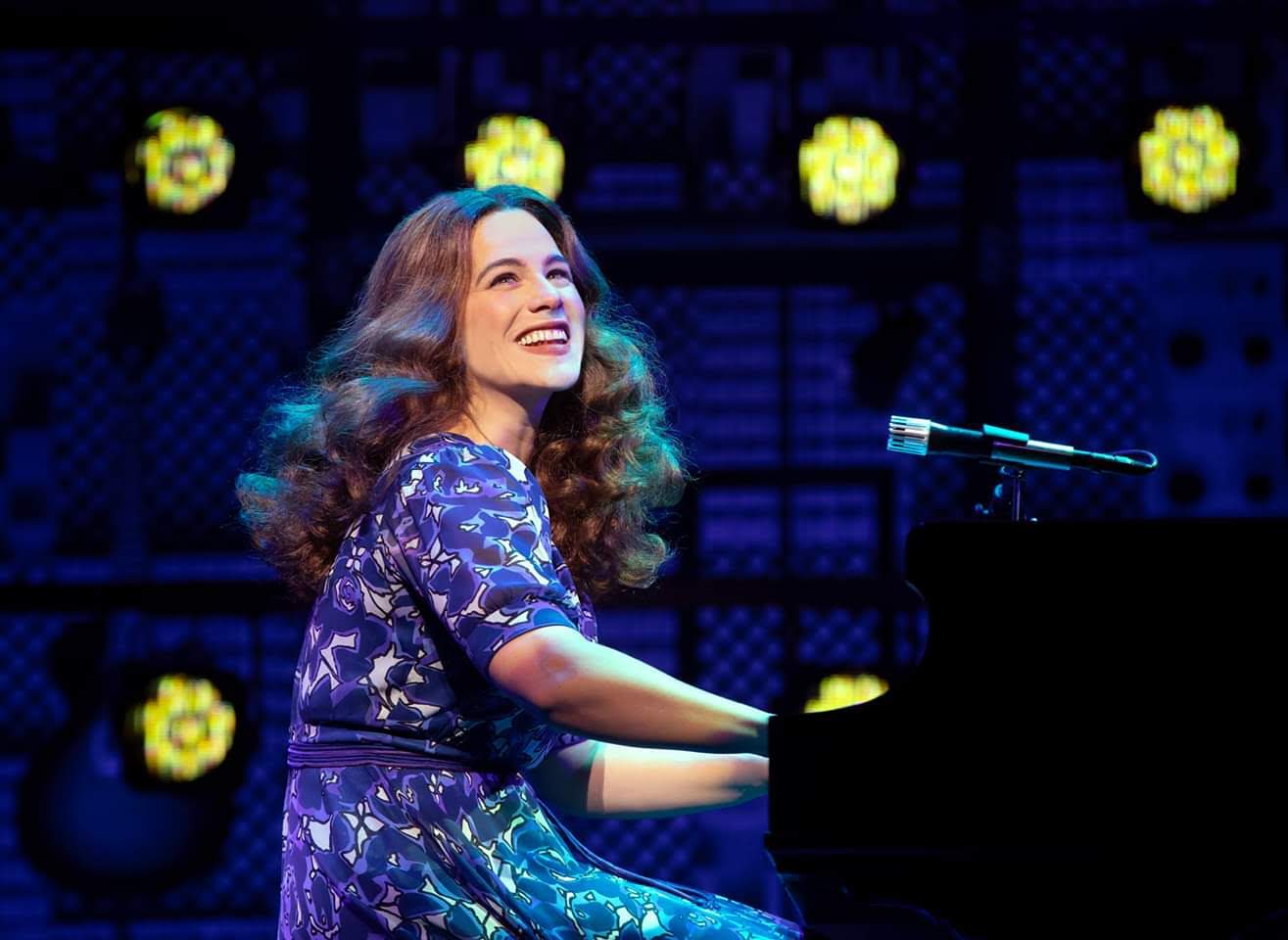 This past weekend’s performances of “Beautiful – The Carole King Musical,” at the Midland Center for the Arts,  utilized King’s peerless catalogue combined with sharp choreography, top-notch performances, energetic staging and smooth transitions to turn a relatively bland script into a toe-tapping, top-notch, feel-good piece of entertainment.

“Beautiful” is a jukebox biomusical telling the story of  King’s early career and her rise through the ranks of a male-dominated music empire to become the voice of a generation.

“What can you say in three minutes?”

If you’re Carole King, you can say it all.

Midway through the first act, Carole (Kennedy Caughell) and her husband and song writing partner, Gerry Goffin (James D. Gish), argue over the relevance of their most recent collaborations.

At the early stages of a successful songwriting career, they’re writing bouncy pop songs for groups like the Shirelles and the Drifters. She’s happy working; he’s unhappy penning fluff.

It’s the beginning of the end for them as he continues a long descent into dissatisfaction and mental illness and she rises to the occasion, managing to find her voice and cram a lot of thoughtful writing and relevance into a multitude of three-minute hits.

And as far as fun versus relevance, the show itself begs the question: why not have both?

The script for  “Beautiful” is fairly basic fluff. It goes for enjoyable easy laughs (terrible pick-up lines, dad-jokes and puns) and caricatures instead of fully-formed characters (the overbearing Brooklyn Jewish mother, the overwrought hypochondriac).

But woven together with the soulful complexity of King’s music, the show manages to fully satisfy the entertainment needs of viewers and sends them home happily pondering her success and humming her tunes for days after.

The hits in this show don’t stop. It’s an evolution from the Act I pop 1650 Medley (“Love Potion Number 9”, “Splish Splash,” “There Goes My Baby,”  “Yakety Yak) marking Carole’s arrival at Don Kirshner’s music empire, to the 60’s pop hits penned by King and Goffin for the Drifters, Shirelles and Little Eva (“Some Kind of Wonderful,” “Up on the Roof,” “Will You Love Me Tomorrow,” “Locomotion”), and some offerings from rival writers (“You’ve Lost That Lovin’ Feeling,” “He’s Sure the Boy I Love”).

Act II moves to  some social commentary and new vibes (“Pleasant Valley Sunday,” “We Gotta Get Out of This Place”) to King’s increasingly introspective and soulful solo work showcased toward the end of the story (“It’s Too Late,” “You’ve Got a Friend,” “Natural Woman”).

The music tells the story in tandem with the book as King evolves from her commercially successful but personally damaging partnership with Goffin and finds her own voice, removing herself from the partnership and moving herself and her kids to Laurel Canyon to write “Tapestry,” her 1971 break-out solo album that remains as appealing now as it was at its release nearly 50 years ago.

What is it about King’s music that touches us so deeply? The script lets the music do a lot of its talking for it, but it does give possibilities to consider in the spoken words too.

The script references King’s insecurities that kept her off the stage for so long: body image, and perhaps a hint of imposter syndrome.

“I’ve got the right amount of body, it’s just not organized properly.”

This “normal person” took up the banner for normal people everywhere. She found the universal in the personal, and channeled her quiet strengths and personal challenges to create an empowering soundtrack for a generation. Despite her internal misgivings she took the stage and owned it with her words and her own regular self.

Midland’s presentation of the touring “Beautiful” and the recently-produced Great Lakes Bay collaboration on “Mamma Mia!” sets a nice trend of female-focused offerings to start its season.

Both shows utilized catchy and familiar pop tunes, sharp choreography, and high production values to keep the audience rapt and involved, despite the somewhat loosely contrived narrative tying those tunes together.

Both played to enthusiastic full houses, which continues to bring excellent entertainment in both local and national productions.