“Carousel in Concert” a Winner 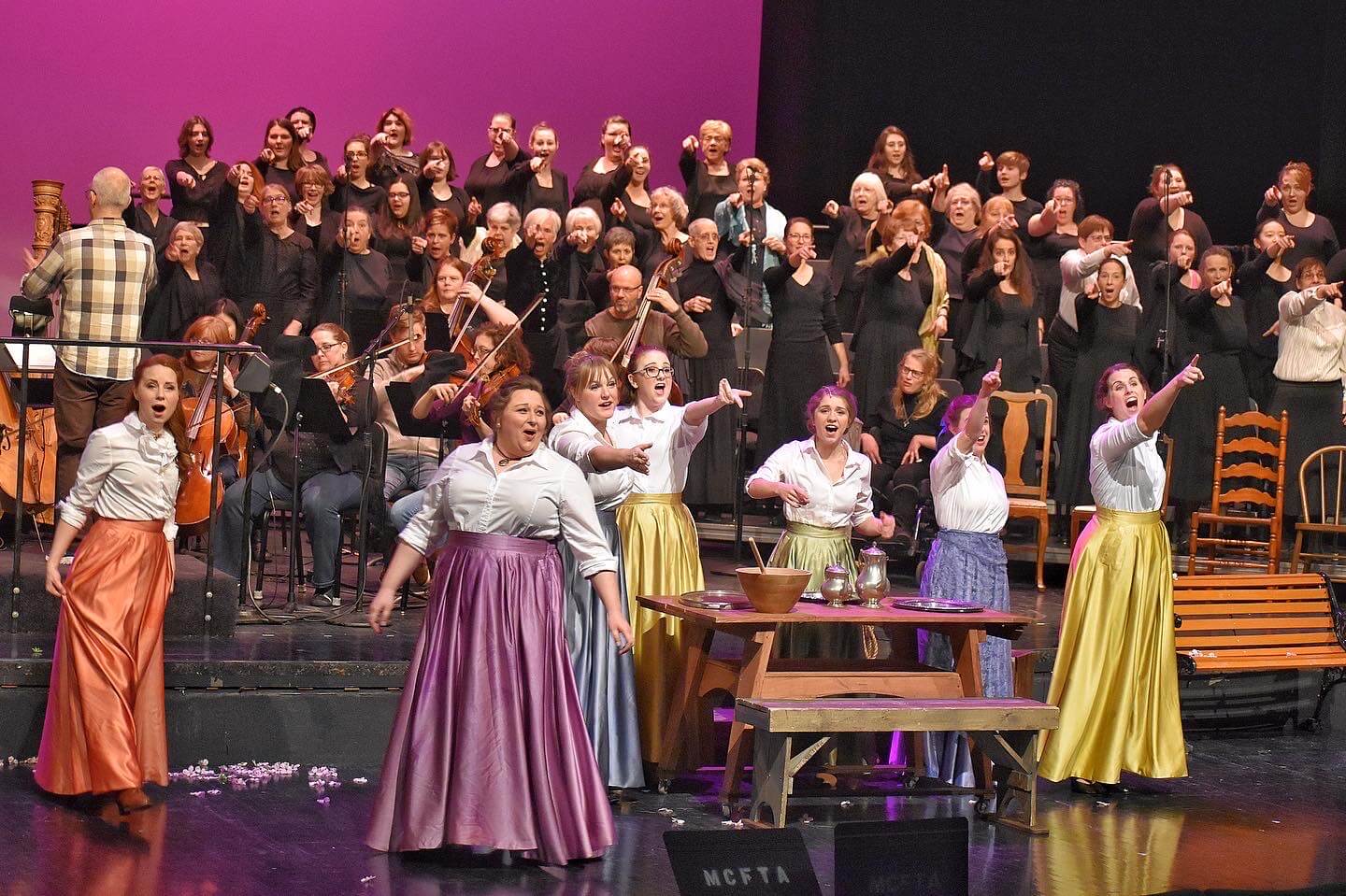 First thing you should know about this past weekend’s production of “Carousel”  at the Midland Center for the Arts is that this was not your grandfather’s “Carousel.”

It has gone from Rodger’s and Hammerstein’s favorite collaboration to a tragic story, so tragic that the producers felt it appropriate to schedule a post-show panel discussion for the audience to deal with the problem of domestic violence.

Yes, there was a bit of that… in addition to some of the best songs ever written for a Broadway show: “If I Loved You,” “June is Busting Out All Over” and “You’ll Never Walk Alone.”

This production put together by the Midland Center for the Arts and directed by Dexter Brigham, and labeled as “Carousel in Concert,”  seemed to have more folks on stage than any other effort.

The cast list numbered 16, but then you added the Midland Symphony Orchestra (if not all, many of them) and “The Choirs of the Center” lined up on both sides of the stage in bleachers to accommodate their 78 members.

So the music was marvelous, and as a musician I always peer into the orchestra pit when attending a “Broadway musical” only to find these days three lonely musicians with their music stands.

The low number is due to financial concerns, not a shortage of qualified musicians. The Midland Symphony more than compensated for my usual disappointment.

It was a splendid night of theater and the only discouragement was that this “Carousel” ran only two days (Saturday and Sunday) to half-full houses while the Broadway show which preceded it, “Blue Man Group, ” astoundingly sold out all five performances with its cast of three. Not that it wasn’t entertaining.

As a Broadway buff, living in the Great Lakes Bay region, I am a participating fan of all three area Broadway series: Saginaw, Midland and Flint. Because of their geographic nearness they never seem to duplicate any shows and this “Carousel in Concert” was a definite winner and the music cheerful …enough that I couldn’t bring myself to attend the post-show panel discussion to discuss the very apparently legitimate concern with domestic violence.