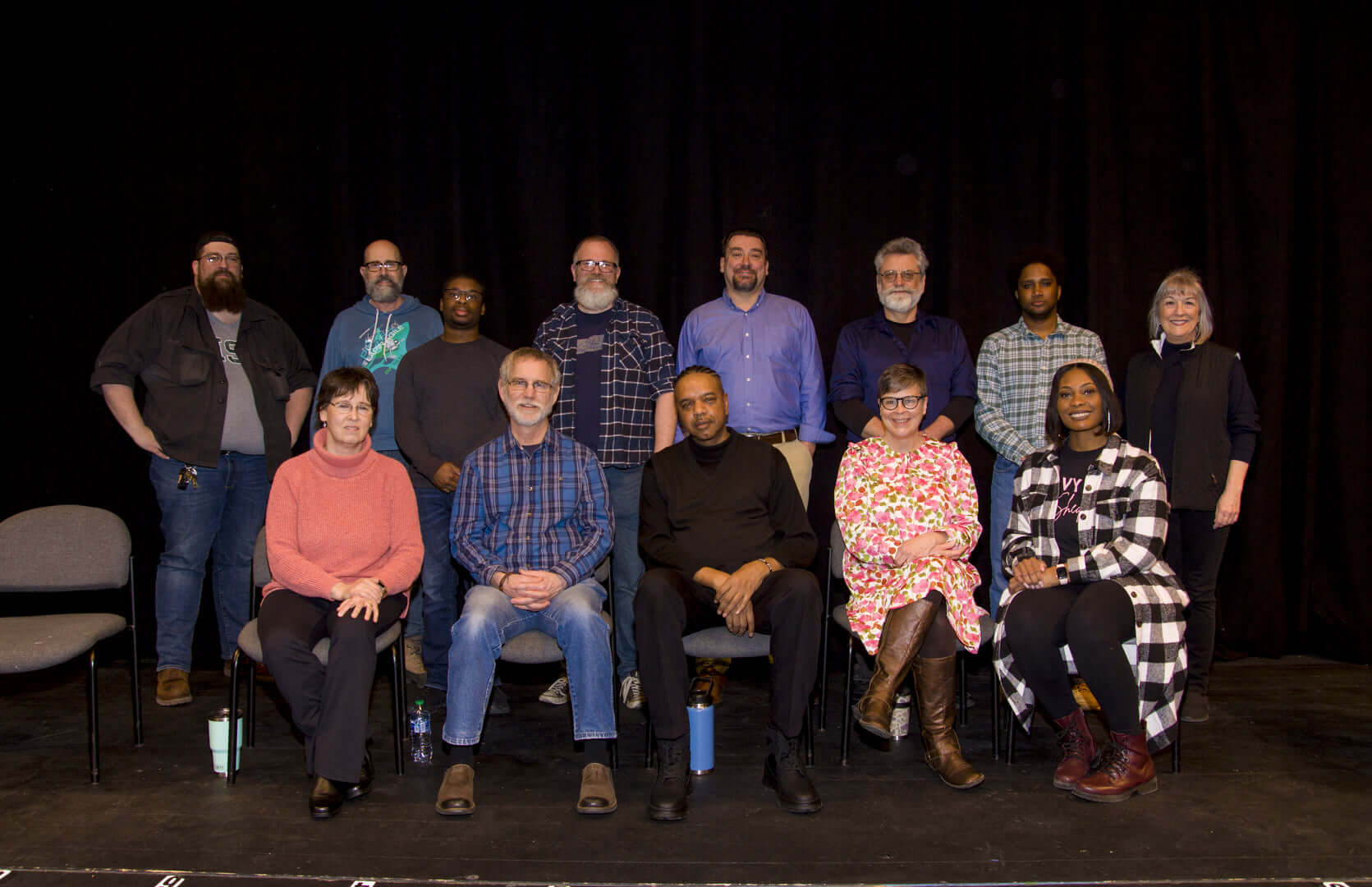 Congratulations to Bay City Players on their performance of Jessica Blank and Erik Jensen’s moving production, “The Exonerated”.  This powerful and emotionally charged play tells the story of six individuals who were arrested, charged, convicted and eventually exonerated of crimes that they did not commit.  Players chose to tell this story as a downstage production.  Downstage productions are those plays that do not fit into a regular season, perhaps due to situations, language, etc. Very little staging or technical expertise is required.  In this production there were no set changes, no costume changes.  As the story changed a character would step to the front of the stage and the light would shine on them.  The lack of sets and costumes, and the spot light focus, helped the audience to really tune into each story as it was being told by the people involved.  The characters told their story from their point of view using information gleaned from documentaries concerning the crimes and actual court documentation.

Each actor took great pride and presented their characters with such authenticity that you felt the emotion pouring out of them, the hurt, the anger, the confusion, the sadness, as they spoke of their experience.    Pieces of original poetry, written and recited by Delbert Wendell (played by B. Wendell Parker), brought brighter focus to the stories being told.  In the beginning phrases like “It’s not easy to find some quiet place” , “no time in this world to talk about dreams”, and “if you dream in this world, it’s dangerous”, brought to mind the despair of one who has seen his freedom stripped away, his physical freedom and his freedom of thought, that life is going to be any good ever again.  One of the characters speaks of being in the recreation yard and looking up and seeing the electric chair in a second floor window, saying, “even if you’re playing, they still have to remind you that you are going to die”.  As the play moves on and the characters begin to talk about being exonerated and back in the world, Delbert again sheds light on how being in prison has impacted their lives to the very core, “when I first got home I was numb”, “I couldn’t sleep, on death row I slept every night”, and “the biggest adjustment was learning how to feel again”.

Every person portrayed in this play was eventually exonerated for the crime which they were charged with committing.  In some cases it took more than a decade for them to finally be released from prison.  Sunny (played by Katie McLean-Peters) speaks of finding peace in the world after her release, of being able to move past her life in prison and find a new life on the outside, different from what she knew before but hers nonetheless.  Delbert says “that’s my revenge, my legacy, my memorial”.

The talent portrayed by these actors is unparalleled.  They were able to take a deeply emotional story and make it their own.  They became the people they represented.  You felt the shame and anger that each person felt at being wrongly convicted, and you felt their hesitancy and despair as they tried to learn to live in a world outside of prison so many years later.  I stand and applaud each one of them, Kerry (played by Dexter Bringham), David (played by Jahari Essex), Robert (played by Colter Roberson), and Gary (played by Jim Stewart), B. Wendell Parker and Katie McLean-Peters.  The cast was supported by an incredible ensemble of actors including Nathan Cholger, Danyelle Hillman, Todd Little and Cathy Stewart.  Director, Michael Wisniewski and Stage Manager, Carol Rumba, worked flawlessly to bring this outstanding production together.

You missed this show but there are plenty more coming to Bay City Players this season.  Check out their website and get your tickets now, http://baycityplayers.org/.