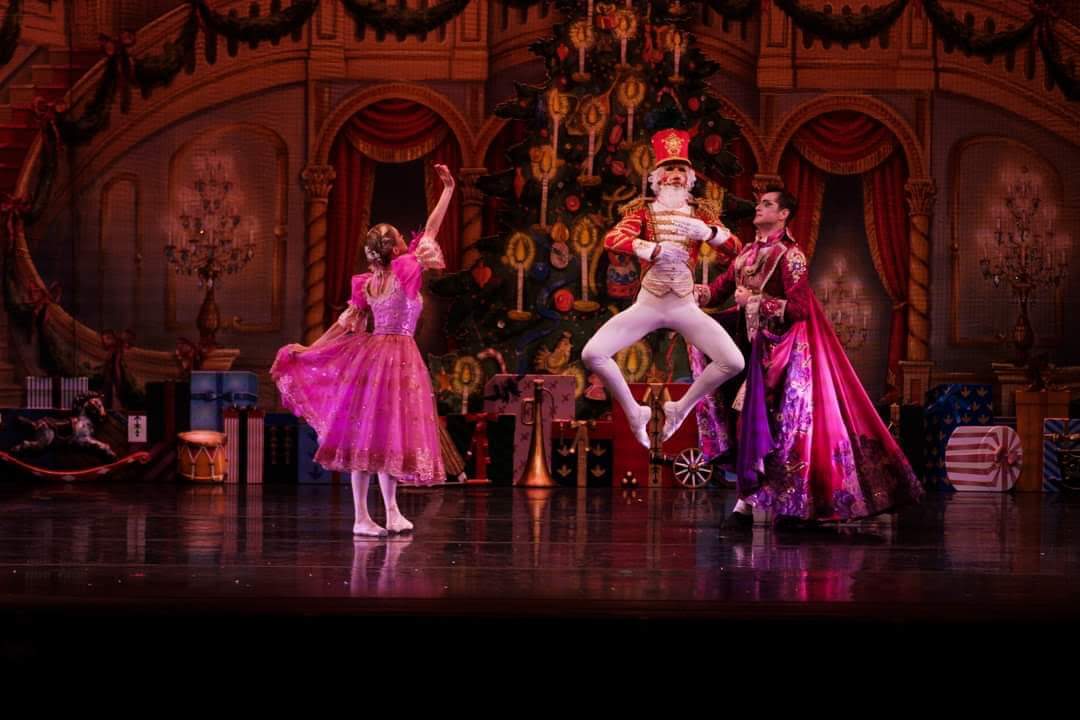 This Sunday, Temple Theatre hosted Moscow Ballet’s Great Russian Nutcracker, a show that presents fascinating possibilities for a critic, as a rich and complex intersection of cultural traditions and historical contexts. The Nutcracker is, after all, a late 19th century Russian ballet derived from an early 19th century German fairy tale. So it is Russian, but also German, but also French, and instead of Santa or the nativity, it gives us a dreamy symbolic world of nature spirits, magical animals, warfare and first love. And yet, here in 21st century America, it is still somehow eternally Christmassy.

And this, all that complexity aside, is really the important point. However that Christmas magic works, however it manages to endure in our modern world, however unlikely The Nutcracker might seem as a vehicle, it does work, perfectly, as any of the children (of all ages) that filled the theater to capacity Sunday evening will tell you. They gasped with wonder at the extraordinary and beautiful acrobatic feats of the dancers and roared with laughter at the antics of enchanted dolls and fantastic beasts brought to life on the stage. This was an audience that had come hoping for and expecting magic, and Sunday’s performance brought them to their feet in a standing ovation at its conclusion. And that’s all you really to know.

Still, there is one piece of history that deserves attention, evident in the performance Sunday night, and in the production’s conception and design. Moscow Ballet’s Great Russian Nutcracker, now on tour for more than 20 years, evolved out of The International Glasnost Festival Tours, begun in 1988 as an artistic expression of peaceful diplomacy at the end of the Cold War, during Gorbachev’s era of glasnost and perestroika.

The second act thus departs from the traditional telling, moving the story to The Land of Peace and Harmony, where dances are performed by representatives of the global community (including wonderfully enormous animal puppets). This theme of international friendship was also reflected in the production’s casting of dozens of local youth in the show, and it was a delight to share in the joy of children and their families making memories that will surely last a lifetime.

Regardless of political perspectives, of the outcomes of current and coming events, and what the long arc of history will eventually reveal about our moment now, this simple theme is always relevant, and can be embraced by everyone, carrying as it does the original spirit of Christmas: the wish for peace on Earth.

I hope they come back next year.