Home From Away: Brian d’Arcy James and Paul Hauser 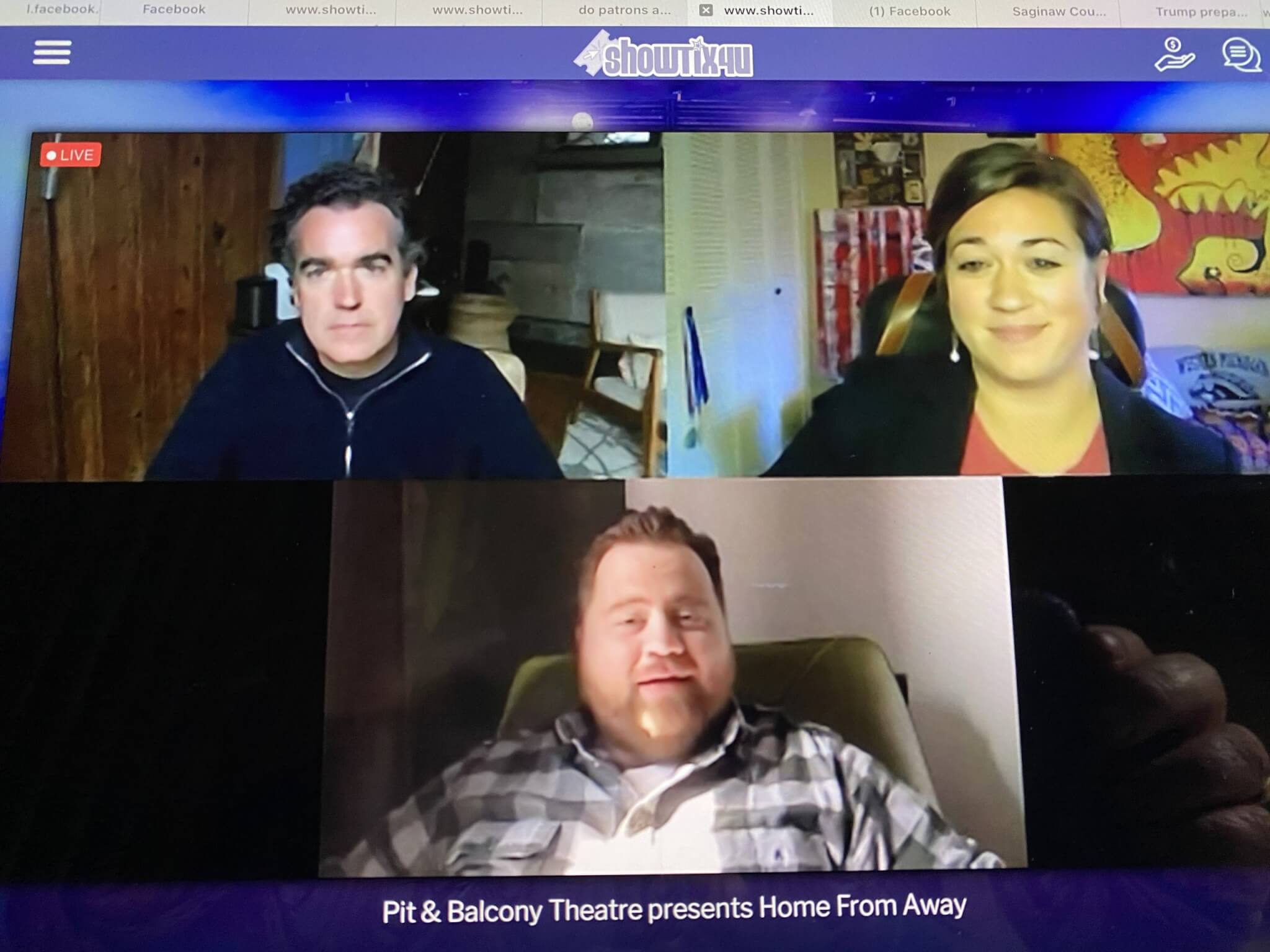 Just two cool show biz guys chitchatting about their growing up years in Saginaw … one now living in New York City and the other in Los Angeles… and how they are coping with Covid unemployment.

One is a three-time Tony nominee and scored a lead role in the Oscar-winning movie “Spotlight” — Nouvel graduate Brian d’Arcy James.

And the other starred in the title role of the movie “Richard Jewel,” directed by none other than Clint Eastwood, and was in “BlacKkKlansman,” with Spike Lee directing — Valley Lutheran graduate Paul Walter Hauser.

And smack dab in the middle of them on Friday night was Pit & Balcony Community Theater managing director Amy Spadafore,  moderating them in an  hour-long virtual “fireside chat”  titled “Home From Away.”

A couple of quick takeaways.

Hauser, at age 33, only recently learned to drive a car … in Los Angeles, of all places… and in July married a “blast” of a Georgia gal.

And James is using the Covid time time to learn vocal music he has never done before, “and it is re-energizing me,” and says he really misses Saginaw’s Spatz bread.

Neither, of course, has been working since the Covid shutdowns began in March.

“It causes you to keep in mind what you take for granted,” said Hauser. “You think ‘well I didn’t get to do that movie I wanted,’ but then my wife reminds me how good we really have it compared to other people.”  He was grateful to land a short and quick NFL television blurb and laughed at how focused and attentive he was in doing it since no other roles were competing for his attention.

James, who has acted in more than a dozen Broadway and off-Broadway plays and musicals, says other than learning the new songs he is appreciating the time off  to better focus on his career path and to meditate.

The two recalled the first time they met — they had been well aware of each other before that.

It was in 2017, Hauser said, at a  Toronto International Film Festival party for the movie “Molly’s Game” (James was in the cast).  It was, Hauser said, a black tie, dress up affair, which he didn’t know, and he came dressed in pure grunge and totally stood out.

James recalled that he himself “looked  like I was an accountant. Paul was the coolest one there.”

James received his three Tony nominations for “Shrek,” “Sweet Smell of Success’ and “Something Rotten!’ He also starred in the television series “Smash.” And way back in 1984, he played Rooster in the Pit & Balcony  production of “Annie.”

Hauser said he was in 10  plays at Valley Lutheran during the four years he was there and initially did improve and stand up comedy before moving to movies and television.  He also was in the movie “I, Tonya.” And in his Saginaw years he said he attended summer acting camps at Saginaw Valley State University and Pit & Balcony.

Both advised aspiring actors or singers in Saginaw to indulge in plenty of people watching in general and totally immersing themselves in watching other actors act.

Added Hauser, “Look at the paths of  people you admire and learn how they got there.”  And  James, “You have to have a specific goal to make it come to be.”