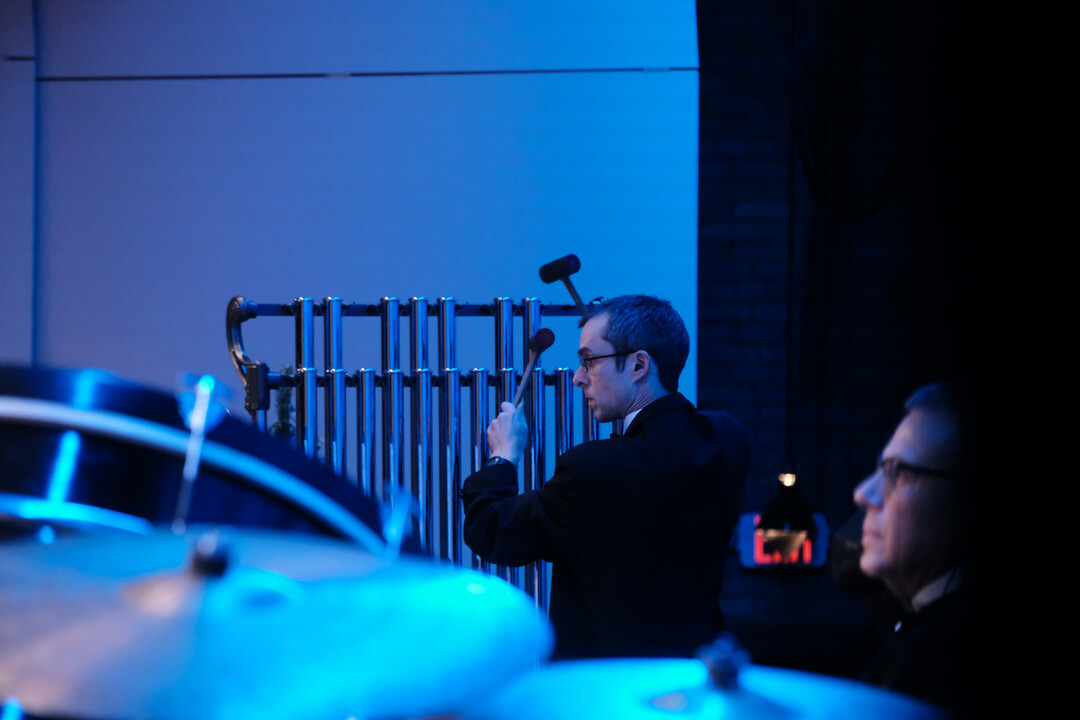 The Saginaw Bay Symphony Orchestra performed holiday favorites with some new variations at the groups’ concert November 29, 2022 at the historic Temple Theatre in Downtown Saginaw, Michigan

Every year around Thanksgiving I swear off Christmas. I feel the bah-humbug deep in my soul. If Scrooge or the Grinch had a grandchild, it would be me. But then I shake it off, I throw myself full force into Christmas cheer. I put up the decorations and put on the holiday tunes. I headed to the Temple Theatre to see the Saginaw Bay Symphony Orchestra’s holiday show, The Magic of Christmas. I had high hopes of finding a little, or a lot, of Christmas magic. Holiday songs sound better coming from a live orchestra, the perfect way to kick off the holiday season.

Before entering the Temple we walked past the gorgeously lit Morley Plaza. The colorful lights swayed in the wind, adorning winter bare trees. Greeters held the door and offered holiday mints while thanking us for attending. Concessions awaited to warm attendees from the cold drizzle with hot cocoa and festive pretzels. We arrived early and enjoyed the quiet hum of the orchestra warming up while watching guests in sparkling dresses and cozy sweaters.

The Temple stage was beautifully decorated with glittering snowflakes and green garland. Behind the orchestra was a snow covered hill and pine scene. The stage was set and the crowd was ready to receive all the holiday cheer that Maestro Fouad Fakhouri would be delivering over the next hour and a half. The Saginaw Bay Symphony Orchestra’s sixty chair ensemble brought to life an array of holiday tunes including some unexpected choices.

The first half of the show included crowd participation where audience members sang snippets of well known Christmas songs. I loved Silent Night being sung just above a whisper. It also included a passionate violin solo from Debra Terry, acting concertmaster, during Fiddler on the Roof.

After intermission we stepped into a holiday party with Holiday Hoedown. A perfect way to re-energize the crowd after the break. Followed by Brazilian Sleigh Bells, a tune that was tropical and energetic, like a Christmas Samba. I heard from more than one attendee that it was their favorite song of the night, it was mine too!

Duke Ellington’s version of The Nutcracker was just the jazzy uplift we needed to round out the show. An encore of a few more songs like the more traditional version of Sleigh Ride, a song that includes my favorite instrument the slapstick. Something about that sharp wooden crack just makes my heart grow ten sizes!

The applause after every song and several standing ovations from the crowd makes me believe that everyone found more than enough magic to start the season. Plus a few new holiday tunes to add to my holiday playlist, shaking things up a bit from the same old Bing  Crosby and Burl Ives.

The Saginaw Bay Symphony Orchestra brought magic to the Temple Theatre on November 29th, but you can catch them for upcoming shows during their eighty-seventh season.