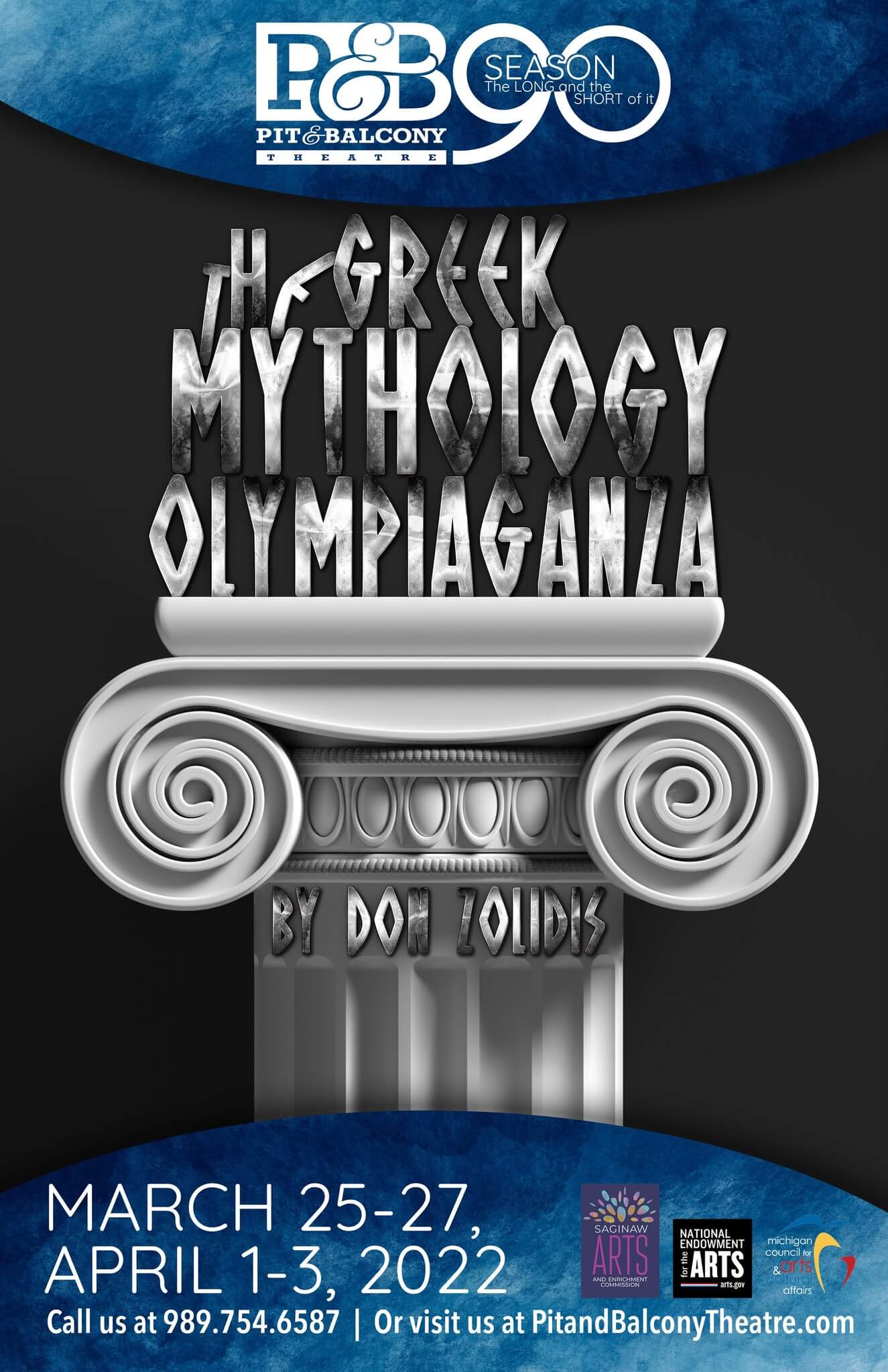 The Greek Mythology Olympiaganza, written by Don Zolidis, is an adaption of some of the most popular ancient Greek myths. You might think “how boring.” With this youthful energetic cast, it’s anything but boring! It’s playing this and next weekend at the Pit and Balcony, Saginaw. Showing in the evening on Saturday and the afternoon on Sunday.

Two arguing narrators attempt to cover all Greek mythology using audience participation, cross gender acting, and general theatrical absurdity, in a little under 2 hours. Some of the myths you may recognize are Jason and the Argonauts, Pandora’s Box, and Zeus and the Titans. It climaxes with a musical dance-influenced version of The Iliad complete with a battle of little green army men and Barbie Dolls. This play is crazy, ridiculous, and a good laugh for the audience. The script is gigantic (like Greek myths are) and quite a mouthful for the cast. They do an equitable job.

The set was well done. The actors can make scene changes with the flip of a few latches and then rolling the platforms. The costume changes were aided by a couple of on stage clothes trees and a wicker laundry basket. Only a few stagehands were needed and things just moved right along.

This is the Regional Premiere of Greek Mythology at the Pit and Balcony Theatre and part of its 90th season. Directed by Spencer Beyerlien, his second production, with the last being I and You, part of P and B’s After Dark series.

Don Zolidis is a former high school and middle school theater teacher, and is the most-produced playwright in American schools. His more than 100 published plays have been produced more than 11,500 times, appearing in every state and 63 countries. He has also written two novels. Zolidis seems eager to share some of his scripts and videos of the productions on his website https://donzolidis.com.

There were some sound issues because of the cast having to wear masks. It is a small price to pay, considering the other option is to have no performances at all.

On a scale of one to five of my “How Do You Like Those Apples” rating, I would give it 4 apples because of the distinctive talent of the cast and their interpretation of the script.  The audience was laughing and engaged throughout the show.