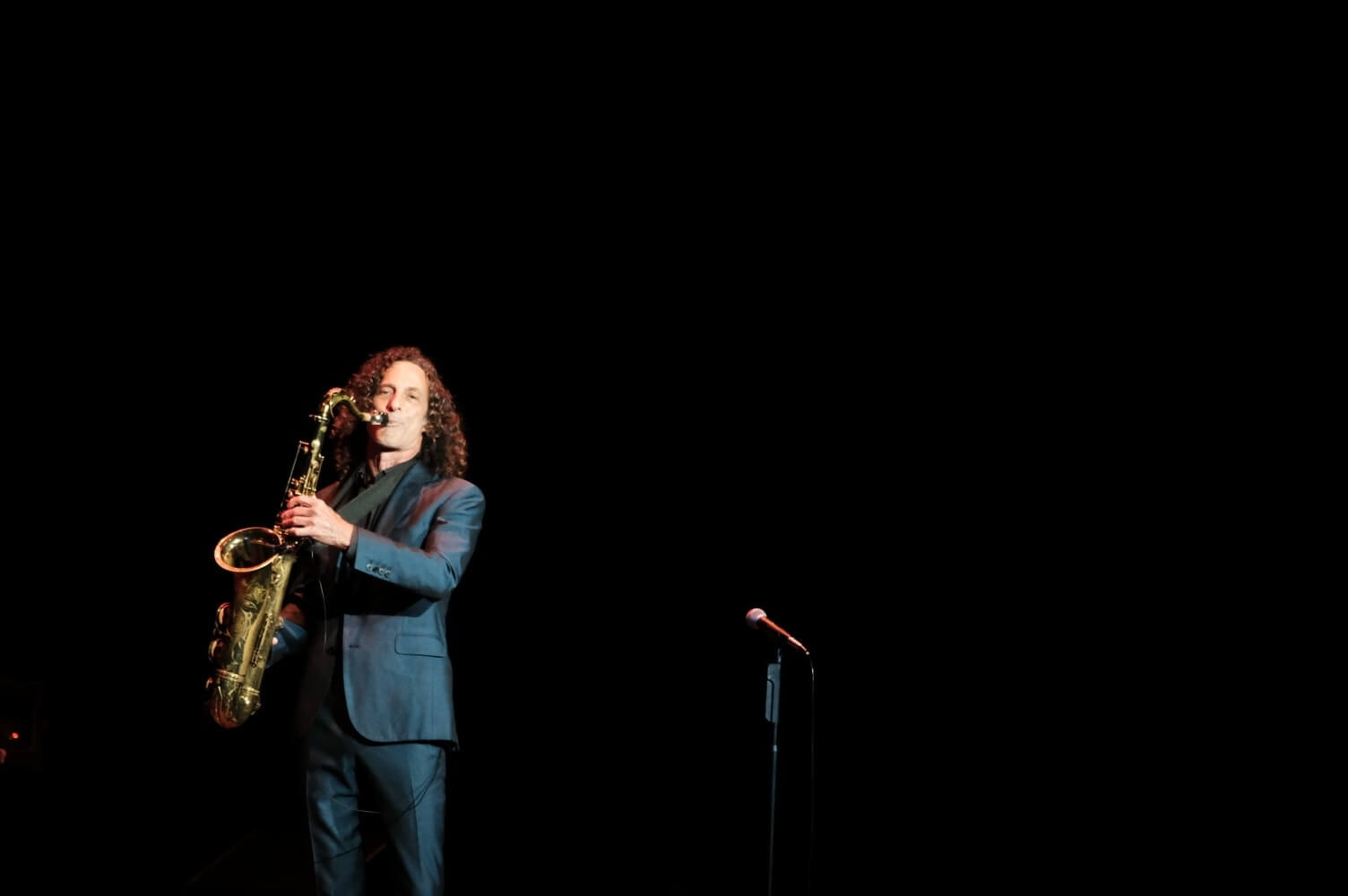 Field Neurosciences Institute offered Field of Hope: An Evening with Kenny G at the Temple Theater on Friday, September 9, 2022.  The evening promised to be one of beautiful and engaging saxophone music and Kenny G did not disappoint.

Before Kenny G, however, Kimmie Horne, of Detroit took the stage.  Kimmie’s high energy jazz performance was just the right beginning to the evening. Her energy was infectious and her love of the music was evident with each note she sang. Kimmie sang in her own voice and also, as she put it, channeled such great jazz legends as Billie Holiday and Dinah Washington, to provide the audience with a truly delightful jazz experience.    The Kimmie Horne Jazz Festival takes place in Southfield, Michigan each August.  It would be worth the drive to attend and be a part of Kimmie’s world if only for a little while.

After Kimmie, Kenny G made his presence known.  He approach the stage down one of the aisles in the audience, taking time to acknowledge patrons and to thank the audience as a whole for attending.  He stood on a small platform in front of the stage, lit only with a spotlight from behind.  He began to play, and as the song went on he played faster and faster, at one point one would think that his fingers were on fire they were moving so fast.  The audience exploded with thunderous applause at the end of the first song and Kenny moved onto the main stage for the remainder of his performance, accompanied by relief keyboardist, Jameson Trotter (his normal keyboardist was unable to perform and Trotter joined Kenny at the last minute).

Kenny took time to speak to the audience, to thank them for attending, and to talk about his instrument and the type of music that he was performing.  He informed the audience, for those who did not already know, that his regular instrument is a Soprano Sax, in case some might think it a “golden clarinet or flute”.  Kenny has had this same instrument since he began playing in high school.  It is evident in his performance that the instrument and he are one.

But, Kenny G is not a one instrument artist.  He brought out a Tenor Sax and played jazz songs by Stan Getz and John Coltrane, turning the Temple Theater into the “Saginaw Jazz Club”.  Then he moved into R&B, ending with a Latin inspired song.  As he returned to playing his ever present Soprano Sax, Kenny spoke of a new album scheduled to be released next year.  Fans can expect to be delighted by the smooth, melodic sounds of the saxophone that are Kenny G.

An Evening with Kenny G was an auditory delight.  The performer was as much fun to hear speak as to watch perform.  At the conclusion of his performance, Kenny G was treated to a standing ovation.  This performance is not one that will easily be forgotten.