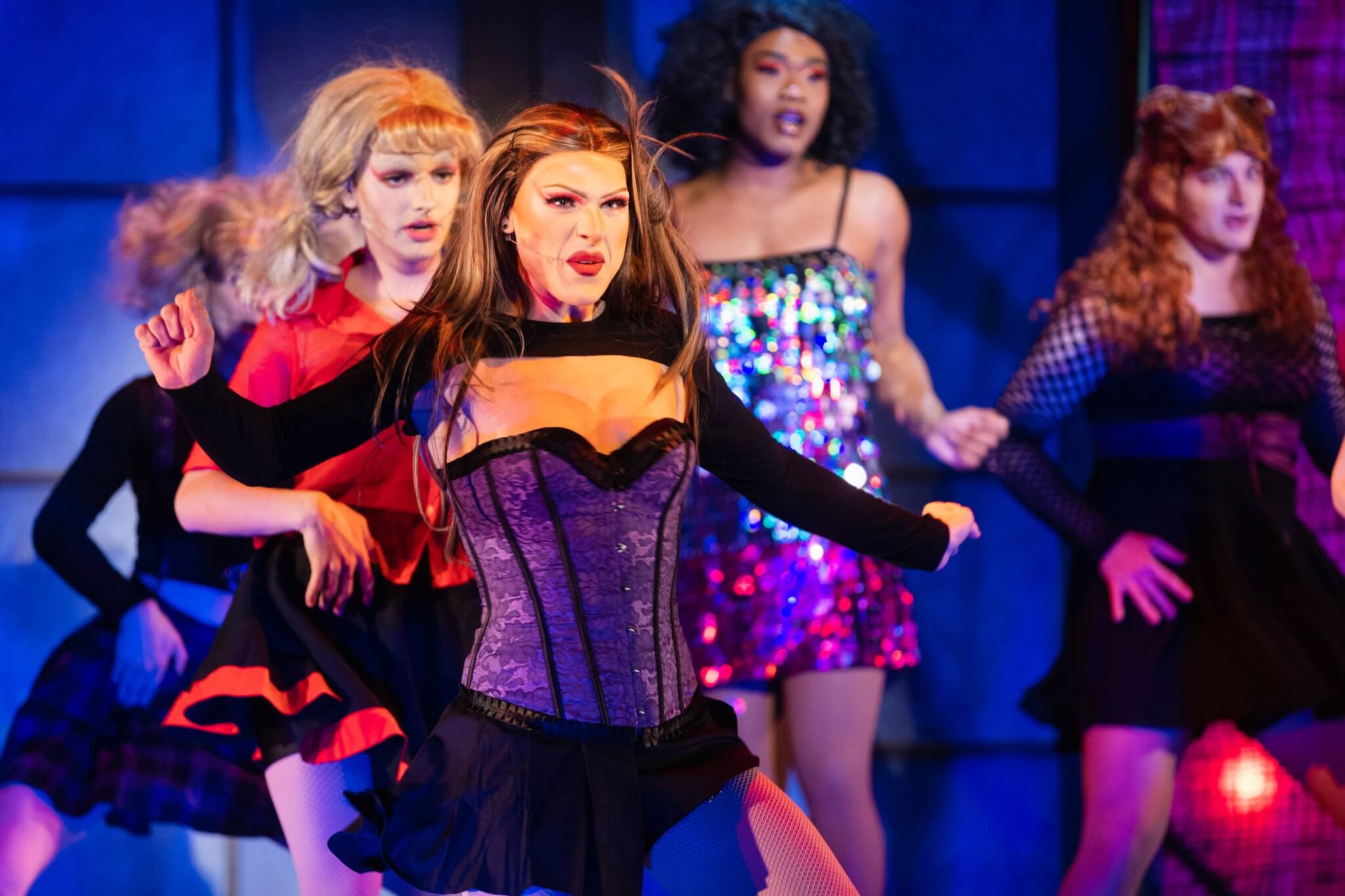 Central Michigan University’s Department of Theatre and Dance opened the 2022 season this weekend with the dazzlingly fabulous, Tony winning musical, Kinky Boots! Playing from November 9-13, the energy radiating from Bush Theatre was incredible over the course of this chilly November weekend.

The musical, having only premiered in 2012, itself has a fascinating history! It originated as a British film with the same name, but that itself was inspired by a 1999 documentary following the true story of Steve Pateman who, in struggling to save his family-run shoe factory, decided to produce women’s shoes in men’s sizes. Kinky boots, some may call them.

Kinky Boots follows a similar story to that of Steve Pateman, with Charlie Price having inherited his late-father’s bankrupt shoe factory, Price & Son, and his unlikely partnership with drag queen Lola to produce a line of high-heeled boots that will save the business. Along the way there are incredible displays of glitter and glam, lessons of love and acceptance, and an amazing mix of eccentricity and empowerment.

Years ago, now, I saw Kinky Boots in Detroit. I remember sitting squashed between strangers much older than me and in much nicer clothes. But most importantly, I remember being amazed by the vibrant colors (red, of course) and extravagant performance. I’ll admit, the songs stuck with me well enough after all these years that a few are still in my workout playlist to this day. All these memories came flooding back to me while I watched Kinky Boots this weekend. With all the passion and energy the students were pouring into their performances, it’s no wonder they received so much laughter and applause. The talent that each of these students possessed was incredible and reminded me of how much I loved music, theatre, dance, and performance as a whole.

While the time to see Kinky Boots live may have passed, please keep an eye out for future performances by Department of Theatre and Dance by keeping up to date either via Facebook or directly on their website: https://www.cmich.edu/academics/colleges/college-arts-media/departments-schools/theatre-dance You might also find yourself watching the original 2005 film or listening to the Broadway recording—regardless, remember to accept yourself and those around you and to always, always, always be who you want to be!