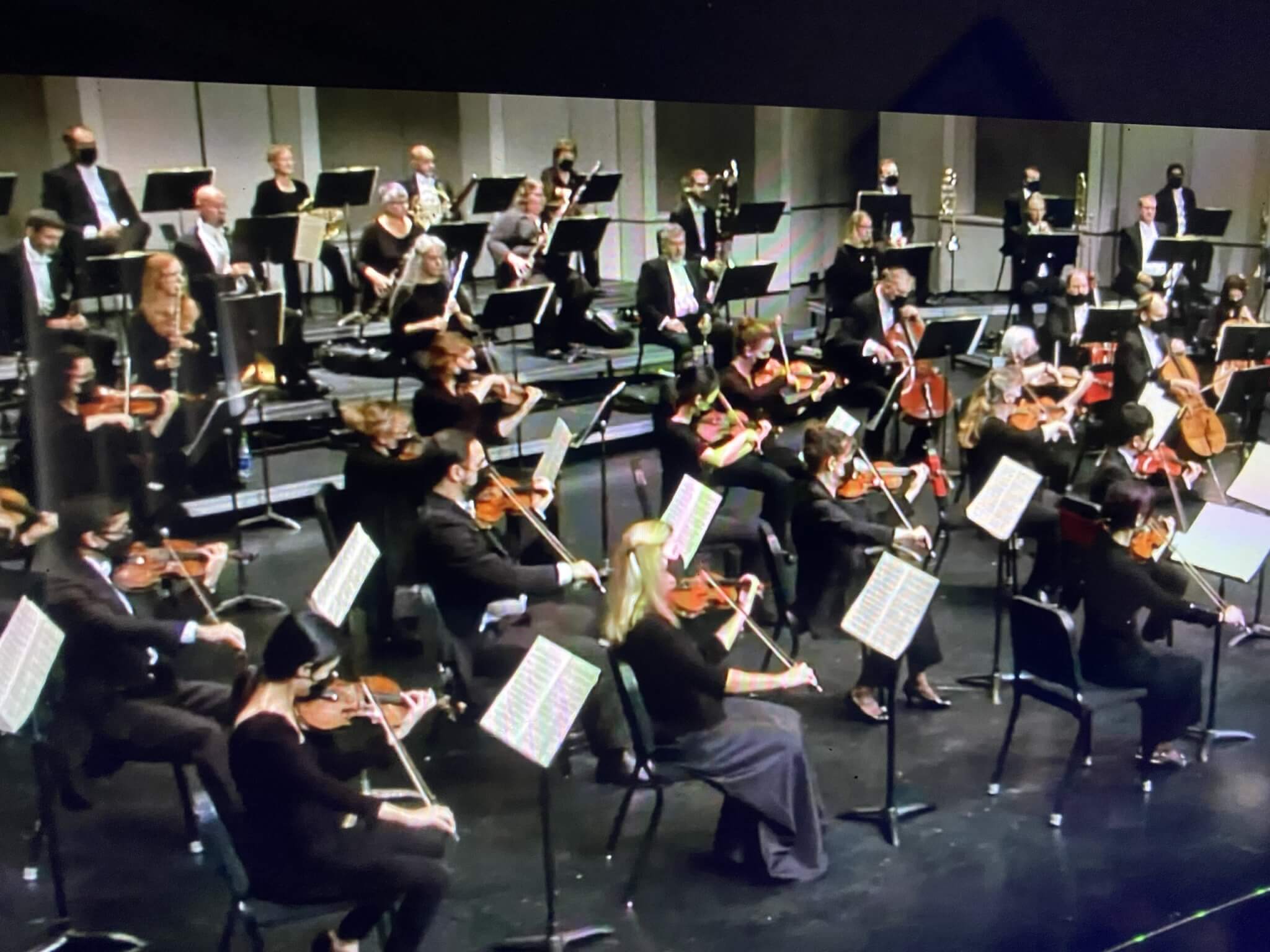 Attending a symphony concert is a case of always seeking to find that sensational sweet spot. When you, the music and the orchestra are one.

In some cases it’s the whole concert. In the rare case it’s nothing on the program at all. But  most of the time it’s a movement here or there or maybe an entire selection.

Enter the Midland Symphony Orchestra, which on Saturday night after 18 hybrid months thanks to Covid assembled a full orchestra before a full live audience at Midland Center for the Arts. In this reviewer’s case, however, she opted to “attend” a virtual version that was available Sunday afternoon.

On the “Brahms and More” program was three pieces. “Banner” by contemporary composer Jessie Montgomery, Symphony No. 5 in E-flat Major by Sibelius and Symphony No. 1 in C Minor by Brahms.

For this listener Sibelius was the winner of the night, and in particular the third movement, the allegretto mosso.

It featured what can best be described as a swaying wave theme, first played by the brass and then the whole orchestra. There was fluidity and glorious togetherness to it that totally entered the soul.

We were hooked for the night, despite the fact the Brahms was programmed as the showcase piece. That work was connected to the continuum of time.

The center is celebrating its 50th anniversary, and like we said it has been 18 months since a full-fledged orchestra concert. This piece took Brahms 14 years to complete, from its initial draft to being published.

The second movement, andante sostenuto, featured captivating oboe and clarinet solos. And the fourth movement, the adagio, featured some lovely pizzicato work that was as one point delicate and soft and at another fast and furious. The wonderful clarinet again surfaced.

“Banner,” a 10 minute piece, is considered an anthem for the 21st-century and was composed in 2014 as a tribute to the 200th anniversary of “The Star-Spangled Banner.”

It was a fun listening with a little bits and pieces of “The Star-Spangled Banner” mixed in with all kinds of fragments featuring Mexican and Puerto Rican music, American folk songs, and anti-war songs of the ‘60s and ‘70s here and there. At one point seven different pieces playing simultaneously.

Serving up a challenge to the ideals of freedom and the realities of injustice and oppression. That’s a lot for a piece to tackle.

At the end of the demanding evening, conductor Bohuslav Rattay looked physically exhausted. It was indeed a stellar night without outstanding work, in particular by the brass and woodwinds.