“Music on the Cutting Edge” a Party to Start the Season 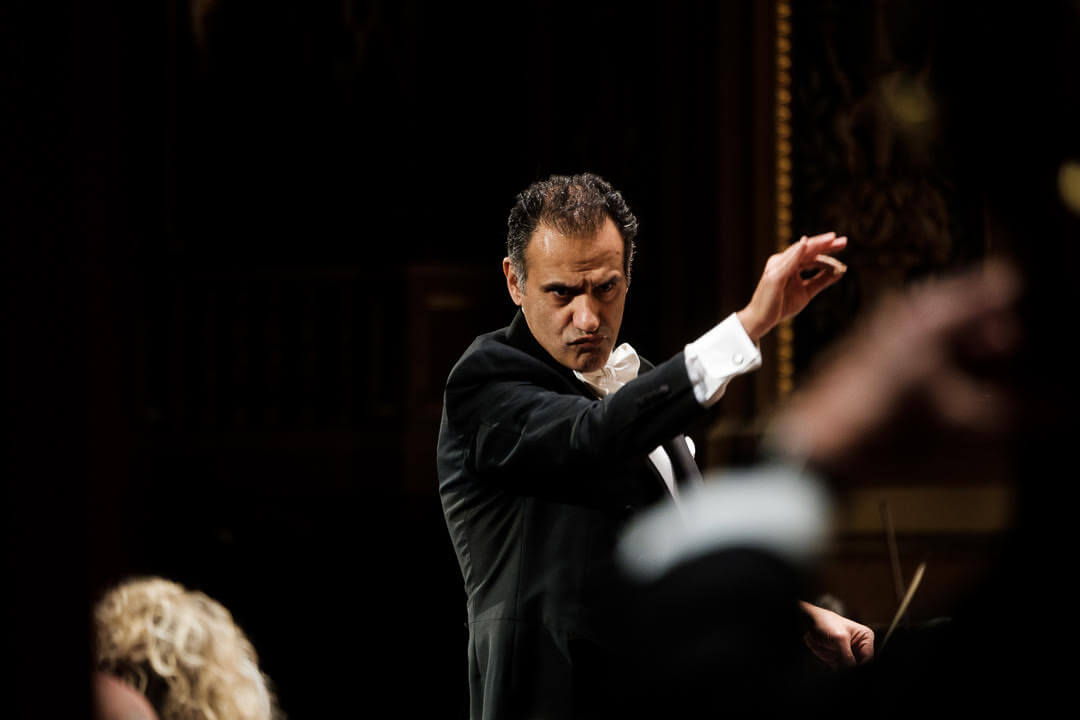 The Saginaw Bay Symphony Orchestra at the Temple Theatre in Downtown Saginaw during their 2022-2023 opening performance, Music on the Cutting Edge

At the Temple Theater Saturday, Maestro Fouad Fakhouri introduced the first musical piece – Huapango, based on Mexican folk tunes and dances – by telling the audience that he’d tried to order margaritas for everyone to put us in the proper mood. Thus began an evening of musical camaraderie, the conductor’s jovial rapport with the audience paired with the “cutting edge” selections played, to create an easy and intimate atmosphere for the listeners.

This is a music review by a non-musical music fan, so you’re going to hear more about the mood than the melody.

Starting off their 87th season, the Saginaw Bay Symphony Orchestra brought three works by composers who express national characteristics through their music. All were composed within the past century, relatively modern by classical music standards. They were powerful and unexpected in their variety.

Huapango, by José Pablo Moncayo, was written in 1941 and relies on elements of Mexican folk music and dance rhythms. The B-Sides, by Mason Bates, written in 2009, is a delightful journey through daily life, outer space, and the Northern California coast. And Shostakovich’s Symphony no. 5, op. 47, in D minor, written in 1937 and in keeping with the shifting parameters of the Stalin regime, is a paradox of heroism and compliance, projecting a sensation of being “stable, but unsettled”, “heroic and powerful, but with sadness”.

For me, the music, the maestro, and the masses work together to make the total experience of an evening at the symphony. While I was delighted with the works (and especially enjoyed the broom-work and EDM in the Bates number), I wasn’t sitting there analyzing the music. As usual, I was slowly lulled and transported out of my busy brain and coaxed, note by note, into a different state of mind. The music opened up a space in which to breathe, and be.

This was my first time back at the symphony in three or four years. Like many people, I have been slow to re-engage with social activities post-pandemic. Not because I’m afraid of exposure at this point, but because I seem to have just gotten out of the habit of “going out”. After a year or more of mostly staying home, it seems easier to sit home on the couch and be entertained by Netflix. Habit. So, despite years of enjoying the symphony previously, I was reluctant to get dressed up and go. But as I settled in and began to let the music wash over me, I started to be present and awaken to my surroundings. I closed my eyes at times, to concentrate on feeling the ups and downs of the tempo and volume. I looked up and noticed the beautiful space … the Temple Theater is an absolute gem and should be inhabited as often as possible, and I think an evening of innovative classical music is the ideal way to enjoy this space. I watched the conductor, and during the EDM (electronic dance music) section I wished for some bolder dance moves from the podium! At intermission I sipped a glass of wine and enjoyed seeing familiar faces. I chatted with friends and acquaintances, some of whom I have not run into at all these past three years. People were dressed for an evening out, and I complimented shoes and ties and outfits. After intermission I moved from our excellent Orchestra section floor-level seats up to the Balcony, to be better able to watch the musicians themselves … their strength and energy in unison crafting the music together. After the concert was over, some of us went out for a nightcap, and I was able to compliment the conductor in person and compare notes with other concert-goers.

I remembered that I LIKE this stuff. I LIKE being out for an evening, with music and art and people. I LIKE getting dressed up once in a while, spending time in a beautiful space, sitting in the dark together and sharing a collective experience. It’s not like choosing what’s next in your Netflix profile, or scrolling your own individual feed on your phone … it’s experiencing something TOGETHER, all of us seeing and hearing the same thing at the same time. It’s connection.

Fouad Fakhouri and the Saginaw Bay Symphony Orchestra provided that connection for us, and after my long solitude I am reminded the importance of that. I will be back for the next evening at the symphony. And the next one after that.

The Saginaw Bay Symphony Orchestra’s next performance at the Temple Theater is their traditional holiday concert The Magic of Christmas on Tuesday November 29th.

SBSO’s information on upcoming concerts and ticket sales can be found at https://saginawbayorchestra.com/2022-2023-season/.