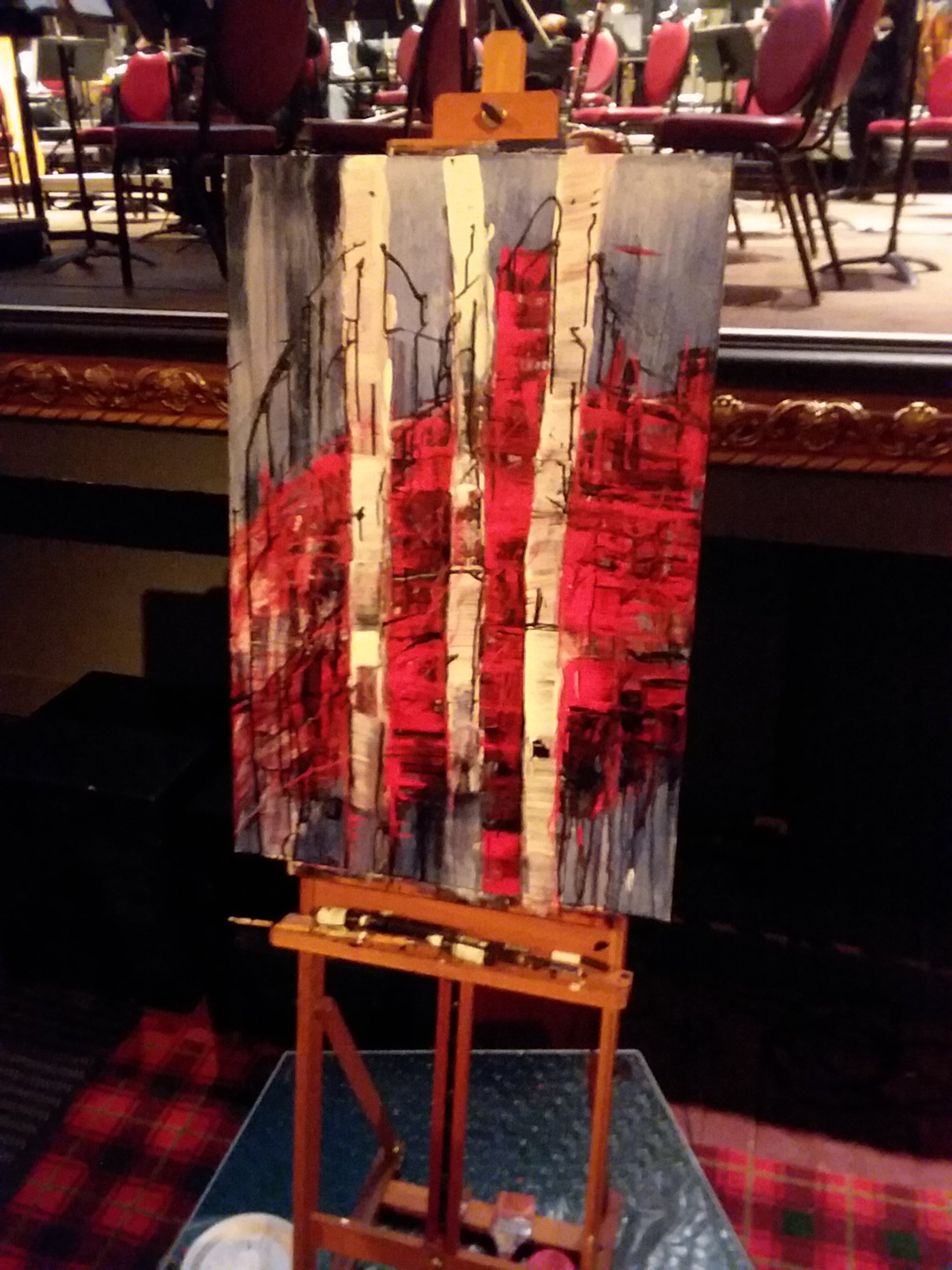 It was an interesting night of music, art and color at the Saginaw Bay Symphony Orchestra’s Valentine concert on Saturday, Feb. 8, at the Temple Theatre.

Maestro Fauod Fakhouri chose music of traditional and modern styles that were thought-provoking. He explained at the beginning of the program how the Haydn overture, Torke’s composition of color called “Ash” and Copland’s “Appalachian Spring: Suite” all connected.

It takes a delicate balance to pair familiar and modern classical music together. Audiences usually like one or the other;  this audience appeared open to all selections.

Michael Torke is a synesthete. Which means he sees black and white letters in color. Kind of like the opposite of color blindness. (I had to look that one up.) He has a series of compositions named for colors.

Usually there is a featured musical guest at most symphony concerts. A pianist, a cellist, or maybe a soprano. This evening there was a painter.

Valerie Allen, curator at Bay City’s Studio 23, painted a canvas of her interpretation of the three complementary pieces in the first half.

So as Fakhouri was energetically conducting the orchestra, Allen was swaying and bobbing to the music while painting a fairly large canvas in the orchestra pit of the theater.

Allen’s work was bright, bold and was auctioned off during the afterglow to benefit the SBSO.

A resident of Midland, Allen has a portfolio of immense experience and credentials. She also has a studio east of Cincinnati.

The second half of the show was an ambitious piece of music by Finnish composer Jean Sibelius. The government of Finland asked its beloved composer to write this piece for his 50th birthday in 1915.

He gleaned inspiration for this composition from seeing a group of flying swans which he thought were beautiful. You could hear them in all three movements with a grand finale in the last segment.

On a scale of one to five of my “How Do You Like Those Apples” rating, I’d give it 4 apples because of the variety and complexity of the music and the idea of having the artist paint what she heard.