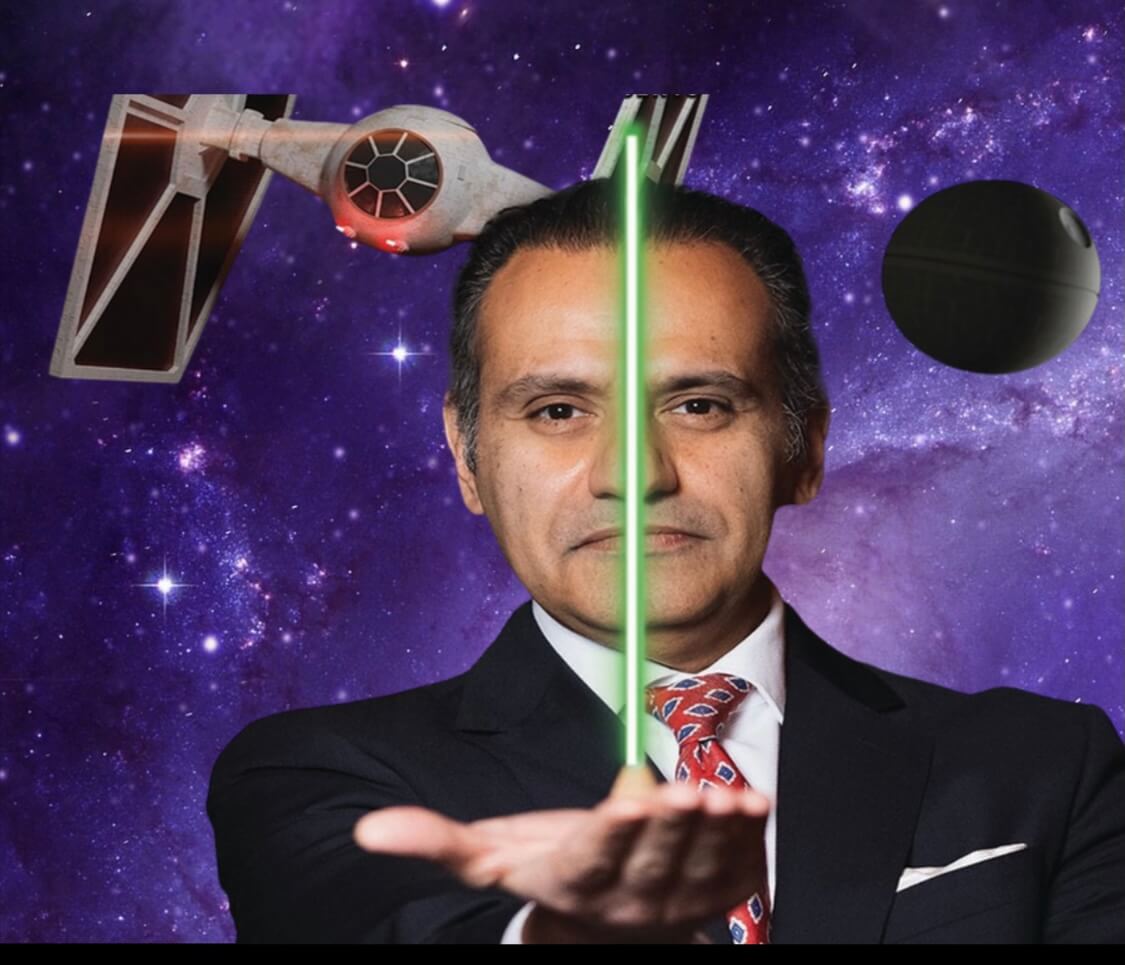 Visions of riding through fields filled with dinosaurs. Joining in on a furious bicycle chase involving an alien. Hanging out with black-clad villain. Taking flight with a boy who did grow up.

And tears running out of eyes and into a face mask reliving the Holocaust.

The Saginaw Bay Symphony Orchestra FINALLY rolled back into action on Saturday night at the Temple Theatre with a program best described as comfort food for the soul in these Covid times.

“The Best of John Williams.” A potpourri of 11 movie and television scores composed by the most prolific cinema composer of all time, second only in Oscar nominations to Walt Disney (the man). The now 89-year-old has been nominated 52 times and won five Academy Awards.

And to those who might sniff what does a movie composer have to do with symphonic music, conductor Fouad Fakhouri informed one and all that if Williams had been composing back in the 1700s/1800s he would be successfully composing music of that era. It is the times that have changed. His music is that solid.

In fact, a critique online refers to his 1977 Star Wars score as evoking elements of Strauss and Dvorak.

Certainly the audience was OK with it. There was a whole lot of cheering going on and enthusiastic applause. (And speaking of the audience, 800 souls attended compared to 1,000 normally pre-Covid …  proof that the majority of us are overcoming fears and wearing masks without challenges.)

Fakhouri programmed quite the evening. Especially given the fact Williams has scored more than 100 films to say nothing of other gigs.

But did you know….

Back in 1972 Williams composed the music for a John Wayne movie called “The Cowboys.” About teenagers helping a rancher on a cattle drive. And its overture was pure cowboy and western sounding. Yehaw. Move over Aaron Copland.

Also composed by Williams …. the NBC Sunday Night Football theme song and the title track to NBC Nightly News. The first generated the only boos of the evening when the conductor had the audacity to mention the Lions. The second received immediate applause because it is so familiar and it was fun to hear the entire piece not just the first few notes normally heard.

And then there was, to this listener, perhaps the most wonderful piece of all. The theme from the little known movie “Angela’s Ashes.” Quiet and so lush and delicate compared to most of Williams’s rambunctious scores.

Starting with the piano, layering on strings, then woodwinds. Wonderful solo interjections here and there of the piano again, the oboe, the harp.

In fact overall it was a night for outstanding solo elements from most of the orchestral sections. The celesta player in Harry Potter as well as flute, oboe and bassoon. Certainly the horns throughout and percussion frequently. A violin in Schindler’s List. Just a great night for hearing all the individual colors of an orchestra.

Fakhouri  himself was in fine form, at ease and joking with the audience throughout. Sometimes bouncing up and down conducting the endings. Engaging in a fun dialogue with a young audience member enthusiastic about hearing three selections from Harry Potter.  Noting his in-laws from Pittsburgh were in the audience.

We were going to complain that the symphony didn’t use film projections or still images from the movies to go along with the music and give the concert a more visual interest until we realized our minds, those of us who have seen most of these movies, beautifully created those images internally.

Especially with the Jurassic Park theme, this reviewer’s favorite movie series along with James Bond.