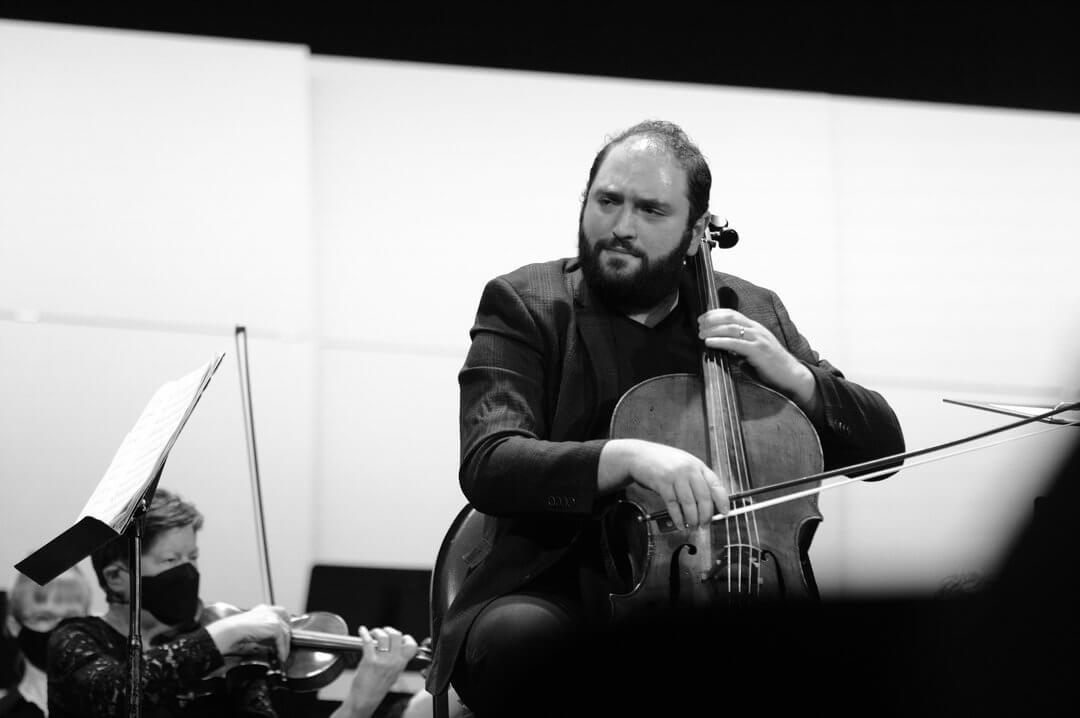 I’m not sure if it was because of Kentucky Derby parties or it was Mother’s Day weekend or too much celebrating at the Cinco de Maya Festival at the Jolt Event Park earlier, but for whatever reason there was a smaller than usual crowd at the Saginaw Bay Symphony Orchestra’s final concert of the 2021-2022 season. They missed a great show!

I admit the music of Shostakovich may be a little hard to understand, but it reminds me of a soundtrack for a 1960’s Russian spy movie starring Michael Cane. The orchestra did a terrific job presenting it.

Dmitri Shostakovich was recognized as the most prominent Soviet composer for much of the mid-20th century. He was sometimes denounced for “formalism” and had to balance making a living by conforming to the Soviet Party requirements while expressing his own voice. Sort of being under house arrest.

Fouad Fakhouri, SBSO Conductor, said some of the Russian composer’s earliest work was criticized by members of the Soviet political class for “trying to emulate the West.” They said he was not really speaking to the people of the Soviet Union. Mr. Fakhouri said, Shostakovich adjusted his sound, and later works were met with satisfaction by Russian officials. But, Fakhouri feels, that music hints at the oppression Shostakovich felt while it still resonates as powerful music.

The “Cello Concerto No. 1, Op. 107.” featured guest virtuoso cello soloist Julian Schwarz. He played with the energy of a rock star, pulling the music out of the cello with the expressions on his face. Schwarz was born in Seattle, Washington in 1991, to a musical family which includes his father, the conductor of the Seattle Symphony, Gerard Schwarz, and grandfather, former principal viola of the New York Philharmonic, Sol Greitzer. Schwarz is one of ten family members to attend Juilliard. Following a standing ovation for his solo, he gave an unexpected Bach encore with the cello section of the orchestra.

The evening ended with a second half encore of a Shostakovich arrangement of “Tea for Two”, a 1920’s show tune. Light and comical, the audience loved it.

About 65 members of the Saginaw Bay Symphony Orchestra participated in “The Enigmatic Shostakovich” performed at the Temple Theatre, Saturday, May 9th, 2022.

On a scale of one to five of my “How Do You Like Those Apples” rating, I would give it four apples because of the unique talent of the soloist and the entire orchestra giving their best.  It was quite an evening for music lovers. I wish more people would have been there to hear it.