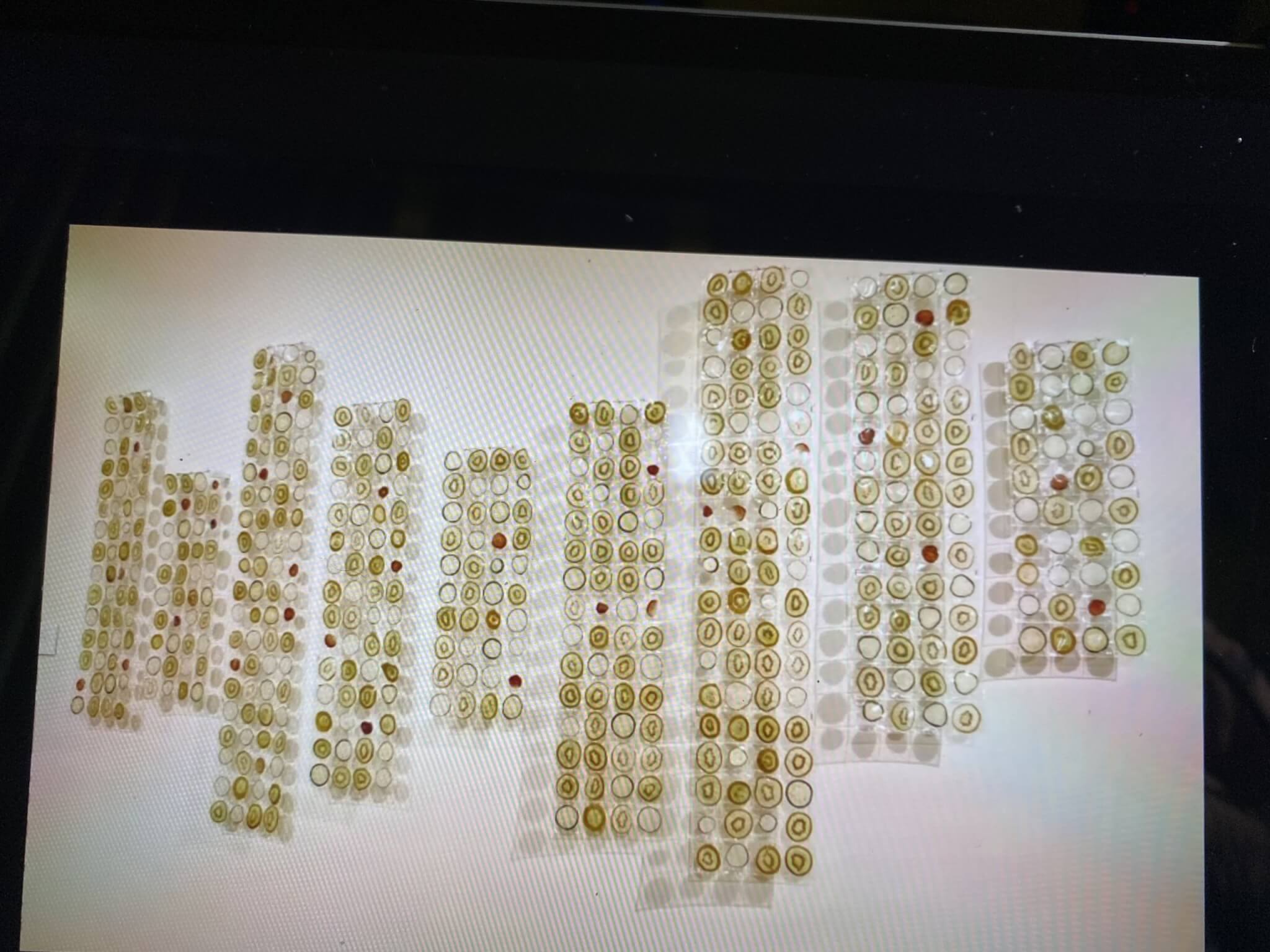 In a lifetime of attending art exhibitions, that is my focus always…seeing CLOSE UP, WITHIN INCHES… the brushstrokes and layers of oil paint, the overlapping odd pieces in a collage, all the sides of a sculpture and other 3D pieces, vibrant use of shadow that rules.

And on opening night receptions, when a piece or two really catches my eye, a chance to chitchat with the artist to get details.

So when Eye on Arts asked me to “cover” the VIRTUAL opening reception for the MI Artists All-State Juried Exhibition Thursday night at Studio 23|The Arts Center in Bay City,  the reaction was, umm, well, will give it a try. Dunno.

Forty-three of the 81 artists accepted into the show were online via Zoom — sadly silent throughout despite the fact they were asked to participate via the chat option of Zoom. The juror who was going to walk through the show with the Studio 23 curator to dialogue about his choices was a no show so there was none of the anticipated back and forth conversation.

There were audio issues here and there…reflections off the works…a lack of closeup camera work…an eerie sense of distance that is hard to describe.

Ooh, I judged early on…this isn’t working. Yes, virtual is the new normal in the world of the arts right now, but this one isn’t working.

But then it suddenly started working in a new and fun way. I didn’t see it coming.

Touring the galleries alone was Valerie Allen, the curator at Studio 23 and an award-winning artist herself. In just an hour she efficiently covered the 83 works in the show from artists living in 32 cities.

And in doing so she gave me, and probably other virtual viewers, a never-before-glimpse into how a curator “hangs,” as in arranges, a show. It is apparently not willy nilly….or at least in Allen’s case. It is thoughtfully planned out with amazing insight.

She viewed all the 83 pieces of art, the juror selected from 280 entries and in her mind’s eye summed up the exhibit space available and placed the works in intriguing categories and groupings for display…color (there was a was golden hued section and a green), subject matter, what pieces said, portraits, textiles, shapes, media, landscapes (a fun one because it ranged from realistic to partly abstract to psychological back to realistic).

“It is so fun to organize these shows,” she enthused as she explained along the way and we hung on every word in viewing an art show it a new way. From the curator’s eye rather than the artists or juror.

Yet she also managed to sandwich in tidbits about nearly every piece .. its media perhaps, its technique, what it was saying, its title, its size, its art history relevance.

Would you believe there is a large fiber/quilt-like piece made from dried slices of kiwi fruit and cucumbers. It won an honorable mention. Then there is a 3D called “Not Trash,” of a small child seated with a big black garbage bag marked in red “not trash.” It was, Allen told us, dealing with the issue of foster children often continually moving from place to place.

So what we got in the end was something new in an art exhibition too…what Allen gave us was a performance piece.

And marvelously, this exhibition can also be viewed in person through Nov. 14 at Studio 23…10 people admitted at a time.

Covid is allowing us to experience the arts in new and fun ways, if we can allow our expectations to flex.