Swan Lake at The Temple Theatre 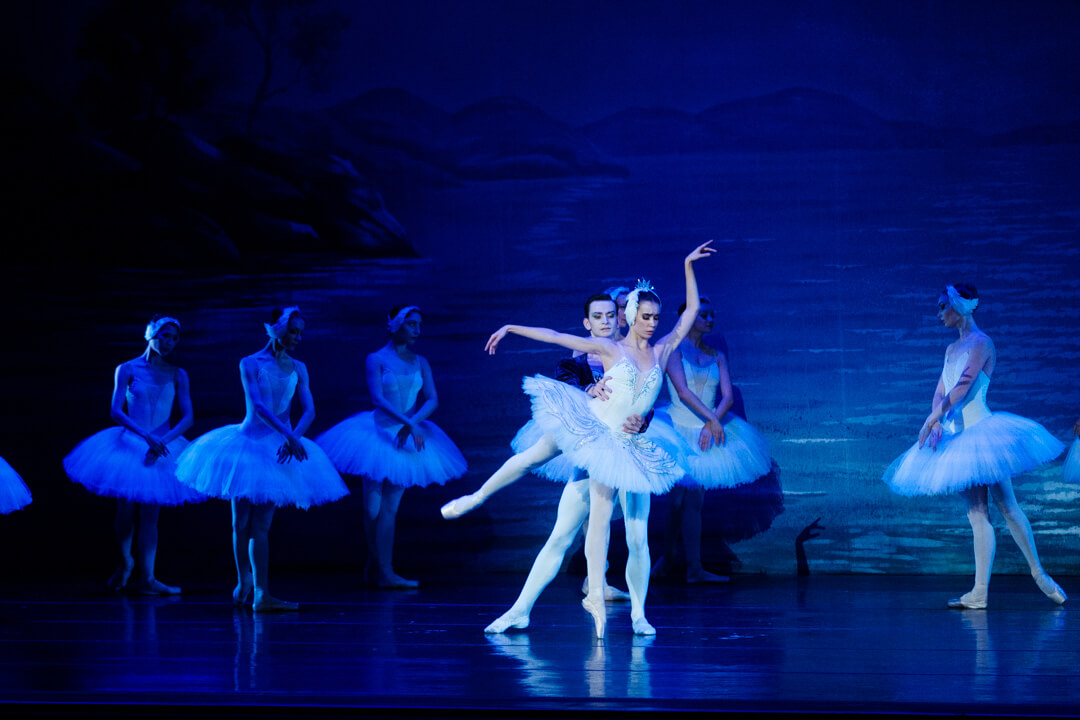 There was nothing virtual about the performance of Swan Lake at the Temple Theatre. The experience reminded the audience what it meant to be present. For all the screen time that took place during 2020 and 2021, once again young and old were provided with a very palpable sense of what togetherness feels like.

The opening score played to an eager audience slightly restless with anticipation. Like performers themselves, the audience awaited the opening of the curtain after coming in from the cold outside, past the lobby of holiday décor lit by the giant 10,000 crystal chandelier, and concession stand with freshly popped popcorn. When the red curtain parted, a collective gasp of awe came from the seats as the magnificent set of the ballet brought viewers into another world. The grandeur of the palace scene bleed into the ornateness of the of the golden glow of the theatre itself.

And then the ballet began. It is a wonder to see the way human bodies can move with such control, strength, and coordination. The enormous leaps and intricate movement of footwork created a equal sense of wonder. Even with only a remedial understanding of the storyline of Swan Lake, the dancers used the full expressiveness of their bodies to propel the tale forward without leaving any doubt about the hero and villain. The intimacy of Prince Siegfried and Odette felt even more incredible given the ordeal of social distancing and lack of touch the world experienced for more than a year. The evil of Von Rothbart appeared even more menacing as he worked a curse not unlike a virus on Odette and her companions.

The end of the ballet brought the crowd to their feet. A collective experience applauding the performers and production crew, but also in a way showing solidarity in a commitment to bring the experience of togetherness back into the world.  As guests bundled up and stepped back into the cold, the Temple Theatre marquee lit the night like a beacon of a brighter future ahead. A future where art continues to bring us little closer to friends and strangers alike.