“The Giver” in Charge of Memories 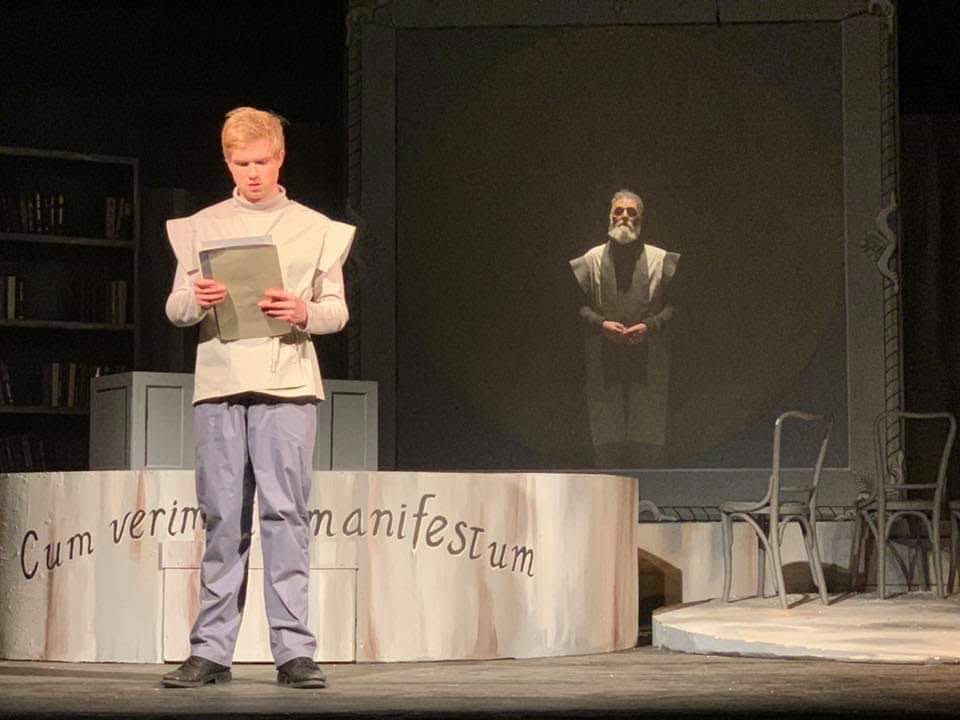 To  an 11 year old Jonas, his world is gray, predictable and safe. There is no fear, no pain,  no war. Everything is pretty ordinary.

Upon turning 12 everyone in the community is assigned a life job according to their talents. Jonas is special and assigned as the keeper of the group’s memories. Only one person gets this gift.

This play is Angie Noah’s directing debut with Pit and Balcony. The show is in two acts and has a relatively small cast.

Jonas goes to work with The Giver, who keeps the memories of the world as it used to exist. Memories of violence, hurt and fear, but also of joy and love.

He learns the truth about life and the hypocrisy of their little world. Together, Jonas and The Giver come up with a plan that will change their world forever.

The story has a Christmas vibe to it, but it is sort of dark. The Lowry book was written as a graphic novel and also in paperback for teens.

“The Giver’s” gift is to help us remember our basic human duties and act when there is an injustice.

There is quite a bit of dialog for the actors to remember. They all do a great job. The lead, Jonas, played by Nick Pellegrino IV, has a lot to say. The real stand out is Karleigh Anderson, who plays Jonas’s little sister. She is really animated.

The stage is set in an interesting way by various shades of gray, a semicircular ramp, and a defusing screen that shows the future and past.

On a scale of one to five of my “How Do You Like Those Apples” rating,  3.5 apples because of the cast’s effort and the lengthy dialog. There were a few glitches while the actors entered and exited the stage during scene changes.