The Next-Best Thing: “The Rocket Man Show” at Temple Theatre 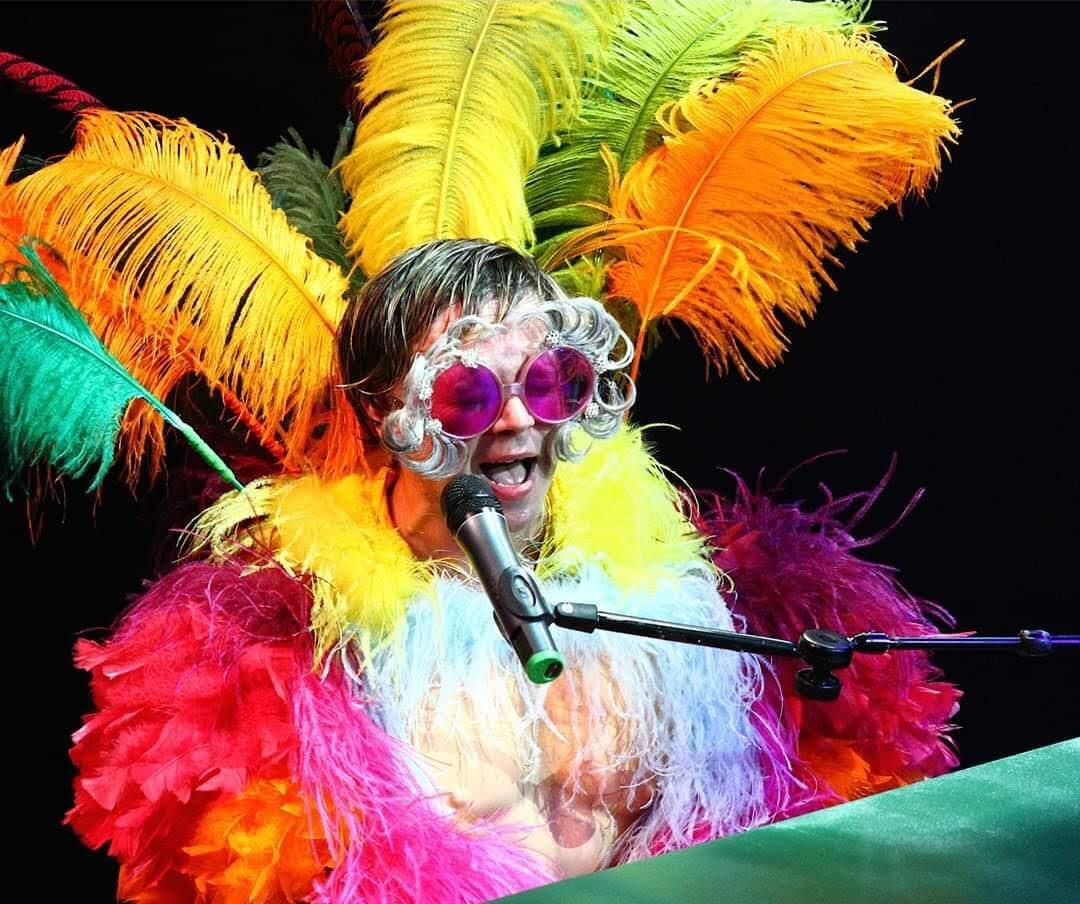 It was exactly what you’d expect: a night of greatest hits by one of the biggest music icons of the last half century. And the many Elton John fans singing along in the audience were not disappointed.

It is not hard to see why: Anderson’s capable vocals and piano chops, backed by a solid rhythm section, invite the audience into a musical journey through Elton John’s iconic and enduring career.

Anderson’s performance lands somewhere between impersonation and tribute. He does not fully assume the persona of Elton John; addressing the audience as himself, for instance, when he tells the story of how he came to be cast in the show.

But the musical arrangements, and Anderson’s vocal and piano styles, are faithful to their source. And Anderson capitalizes on his strong physical resemblance to Elton John, emulating the singer’s mannerisms and stage presence to convey the flavor of an actual Elton John performance.

This effect is accentuated by the many iconic costumes and accessories from noteworthy Elton John tours and concerts; several of them originals, not reproductions.

Lacking a time machine, “The Rocket Man Show” offers Elton John fans the next-best thing: to be transported, for a couple of hours, through music and imagination, into the world of a beloved performer.