The SBSO and The Amazing Technicolor Concert Performance 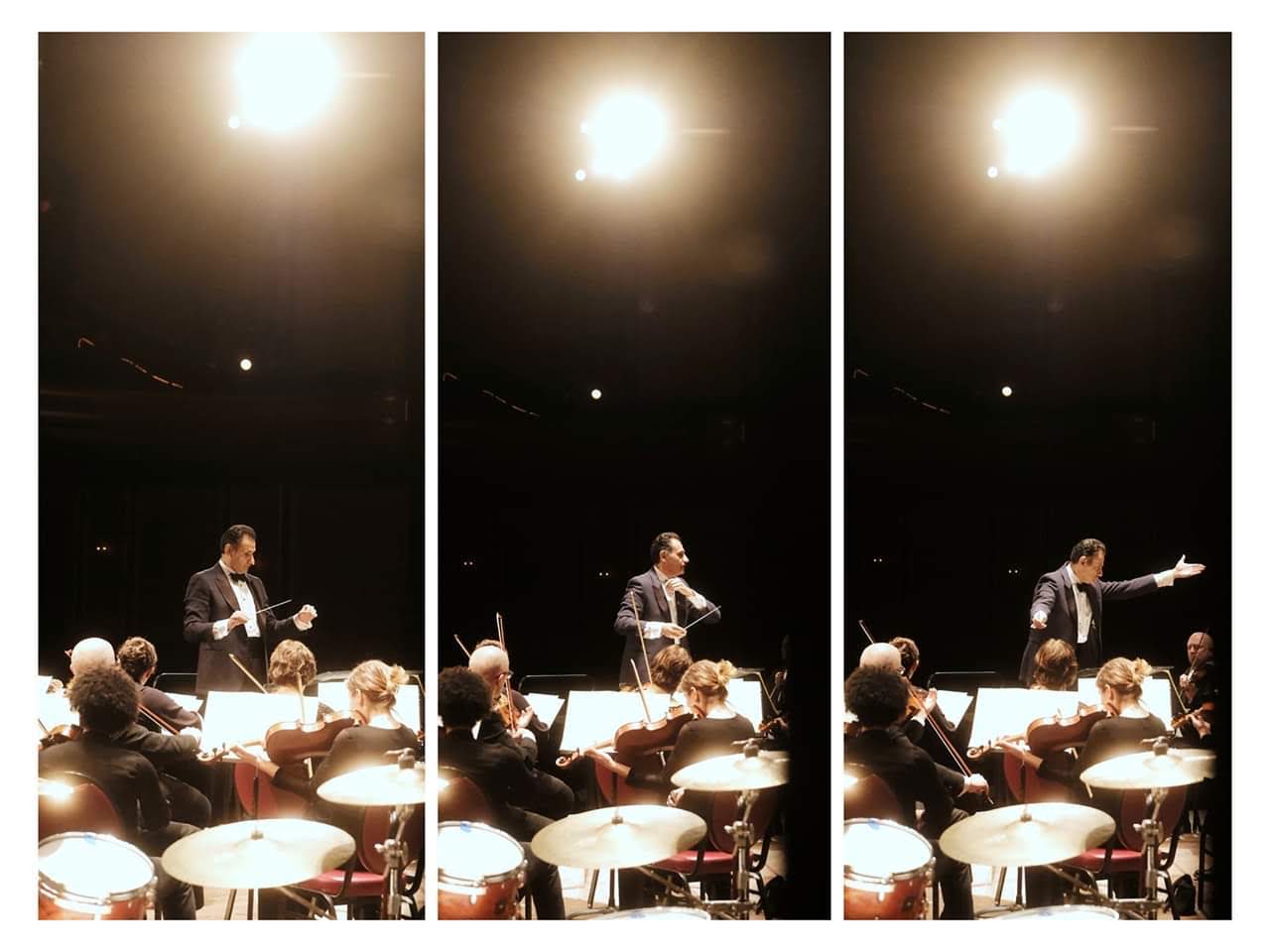 No, these are not lottery numbers, lucky numbers or measurements.

Nothing to do with “Rain Man,” nor numerology.

These numbers represent the respective ages of the pieces played by the Saginaw Bay Symphony Orchestra during its “The Symphonic Kaleidoscope” concert, an intentionally eclectic selection of music that marked the symphony’s seasonal debut on Saturday night at the Temple Theatre.

The Temple Theatre, with all its gilt and glitter, its cascading twin staircases and dripping chandeliers, is commonly referred to as “The Showplace of Northeastern Michigan.” The building is as rich in its storied history as it is in ornate embellishments, and functions beautifully as an ideal venue in which to experience an orchestral performance.

The evening began with an Overture from Mozart’s “Le nozze di Figaro, K.492,”  taken from the composer’s well-known comedic opera “The Marriage of Figaro.” It was instantly recognizable to anyone familiar with the slapstick comedic styling of Looney Tunes. An image of a coat-tailed, powdered-wig Bugs Bunny coaxing the orchestra into a frenzied crescendo was conjured as soon as its first notes echoed.

Written in 1786, the piece was surprisingly short, and at its conclusion all but 18 of the orchestra members filed offstage to allow for a set-change. Several  people emerged from the wings to clear away chairs and music stands. The traditional orchestral U-shaped stage arrangement was replaced by a set-up that included a drum kit and an electric guitar and bass, as well as the needed seating for the  much-condensed orchestra.

This transition seemed unorganized, and could have been executed more smoothly; the simple lowering of a curtain would have served to hide this hustle and bustle of activity from the audience (“pay no attention to the man behind the curtain!”)

The concert then resumed with Friedrich Gulda’s Concerto for Cello & Wind Orchestra, a genre-blurring composition that showcased Igor Cetkovic, the orchestra’s principal cellist.

Known for being a boundary-pushing concert pianist (he garnered the nickname “The Terrorist Pianist” and once faked his own death) as well as a composer, Gulda wrote Concerto, his most well known and oft-performed composition, in 1980.

In contrast with the nearly 300-year old Mozart and Beethoven pieces that sandwiched Gulda’s work, this concerto was the most modern piece; the most vibrant hue in the night’s sonic kaleidoscope in terms of both age and scope.

Elements of rock and jazz were seamlessly spliced with a cadenza that shone a deserved spotlight onto Cetkovic. With two parts of the cadenza dedicated to allowing the cellist to improvise, Cetkovic masterfully displayed his talent and ingenuity as a player, showing off difficult techniques like “The Seagull Effect.”

The musicians on stage maintained a shifting rhythm and melody while effortlessly flowing along with Cetkovic.

The full orchestra returned to the stage after intermission, and the last hour of the program was filled with Ludwig Van Beethoven’s Symphony No.7, op. 92, in A Major, written in 1812.

A much-beloved and  popular piece, it is considered evidence that Beethoven could still write beautifully optimistic music after the tragic onset of his deafness. The composer himself referred to it as his “most excellent symphony.”

The Allegretto, the second of its four movements, was especially moving, with the orchestra giving it a worthy treatment.

“Symphonic Kaleidoscope” was a well-intentioned attempt to insert more contemporary fare into a recognizable (if staid) repertoire. The SBSO and Maestro Fouad  Fakhouri are in a tricky position —  low concert attendance in recent years has the organization trying to entice a younger audience without alienating the more traditional symphony crowd that is just fine with its Mozart and Beethoven and Schubert.

Classical music (uppercase C) refers specifically to music composed between 1750 and 1830, while classical music (lowercase c) can be anything composed in the tradition of certain long-established, European principles.

Though there is still plenty of room for the inclusion of more avant, modern works — think Erik Satie, think Phillip Glass —  the symphony deserves applause for creating and beautifully executing a program that gave consideration to both Classical and classical music.