We’re all in this together…or are we? 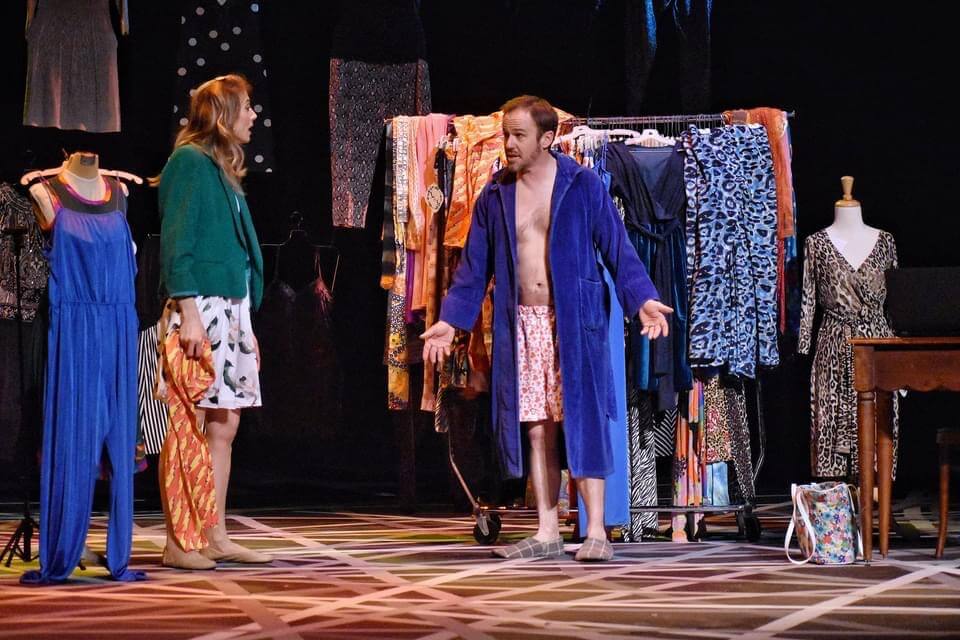 Audience members of Midland Center for the Arts on Friday were treated to the world premiere of John Bavoso’s, “MLM is for Murder (or, your side hu$tle is killing us)”.  Bavoso’s work was presented through the American Association for Community Theatre (AACT) NewPlayFest.

Bavoso tells the story of a woman who desires to help her family financially and becomes involved in a multi-level marketing (MLM) campaign.  Through the course of the play, it is revealed that the only ones who really make any money with multi-level marketing are the people at the top. Desperation causes the woman to do something that she would never have done before, she commits murder to remove the competition.  The second woman reveals that crime to the public via her podcast, “Lady Killers”.  In the end, the two woman realize that what they thought they wanted, what they worked so hard to achieve, wasn’t really worth it at all.  The killer confesses to her crime and surrenders to authorities, and “Lady Killers” is canceled, just as it is growing in popularity.

Bavoso, speaking to the audience in a talk back session after the performance, says that this story was born out of many trips down “internet rabbit holes”. Multi-level marketing companies are able to continue to draw people in with the sense of community, sisterhood.  He found that the women who seek out these opportunities are generally isolated, stay at home moms, women without much social interaction, and insulated, members of a religious community or small towns, for example.

While the play overall is as Bavoso described, a campy dark comedy, the dialogue is real life.  One of the actors commented that upon reading the script she thought, “I have had that argument with my husband”.

In preparation for performing this play, the actors, director, stage manager and playwright held a weekend workshop.  This workshop offered the opportunity to hear the playwright’s thoughts on the play, how it should be presented, how the characters should act, what the set should look like, etc.  The director and the actors were able to work with the playwright to develop a play that was truly his vision brought to life.

I applaud the actors, director, stage manager, technical teams, dramaturge and playwright on an incredibly well presented and timely play.  So many of us have been intrigued by the ideas offered by multi-level marketing and this play shows us the good, the bad and the ugly sides of it all.