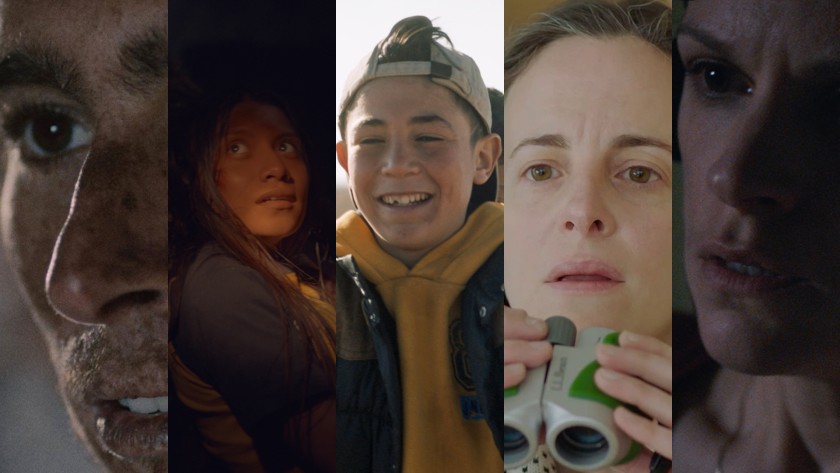 1,150 people had their hearts pulverized on Sunday.

Pulverized. That’s the only word on my mind. Every seat in the house was full and every eye full of tears at the Detroit Film Theatre. Annually, The Detroit Film Theatre in the DIA screens the Oscar nominated short films in the categories of Short Film (Animated) and Short Film (Live Action). On a different day they also screen the Documentary Short Films. On Sunday the 9th, before the Oscars aired, we all gathered to have our hearts totally pulverized by 10 outstanding films.

The Oscar shorts are a global configuration. The Academy Awards does a great job of pulling films from all over the globe every year. This year saw France, China, North Africa, Guatemala, America, Canada and more. Not to mention the first ever Foreign Language Film won the Oscar for Best Picture. In a society that is more and more globalized (evidenced in films like the Documentary winner American Factory – the first release by a production company helmed by Barack and Michelle Obama), it is a poignant and moving experience to see the film and art of people the world over. Indeed, one of the best ways for people to gain cultural insight into one another.

The afternoon began with the Animated shorts. There was a lot of buzz about Hair Love. A cute and heartwarming film about a Father/Daughter relationship. This film just hit different amidst the current political climate. Decidedly heartwarming as a dad helps a child do her hair so that she can go to the hospital to see her Mother. It deals with the difficulties of being black through the metaphor of black hair. It is a feel good movie and won the Oscar (as I am watching them play out live while typing this). But the primary win here is the stereotype against black fathers. For this the film deserves 1,000 Oscars.

The remaining films were not feel good, but really all just as great. What they lacked in feel good vibes they made up for in awakening the human condition. Daughter, a Czech film played second. It had a stellar animation style in the Dogme 95 tradition. It was a wordless and complicated film that dealt with childhood rejection, repentance, the passing of a father. The lumps in the audiences throats were audible. The third film, Sister was from China. It also used a unique effect that utilized stop animation. It was just as challenging as a film. While the delivery of the story was simple and narration straightforward. It ended by positing that there was no sister in that film, due to China’s forced abortions of female babies.

We were all beginning to fight tears that Hair Love brought to the surface.

To see the short films is to have a significant global experience. It is a wake up moment. Historically, these categories have done a great job of finding significant global films to nominate and expose to public audiences. Recently Parasite Director (and Oscar winner) Bong Joon Ho said in an acceptance speech,  “once you overcome the one inch tall barrier of subtitles you will be introduced to so many more amazing films.” 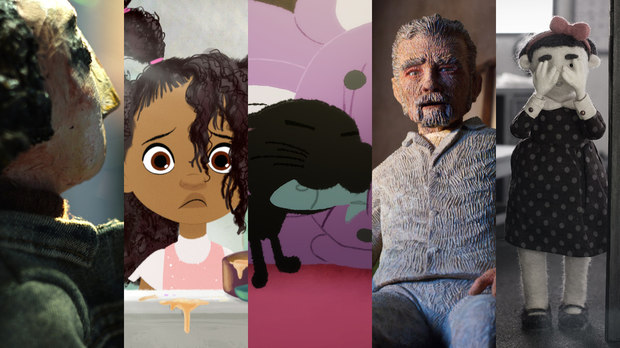 The animated film Memorable, from France was my personal favorite in a crop of films that are all great. I began weeping at this movie. A tale of dementia that used its component parts to tell the story. It also used stop animation but in the more traditional sense with clay and color. Familiar objects would melt as his mind dissipated. The last film, Kitbull came from the Pixar ilk. If anyone hadn’t been crying yet, this was the movie that did them in. An alley cat befriended an abused junkyard dog, to each other’s chagrin. The cat helped the pit bull escape and pushed us all to tears.

The live action films hailed from all over the globe as well. We took a brief intermission of 20 minutes, enough time to get a drink of water, use the bathroom. Perhaps nibble on something as the theatre doesn’t allow food or popcorn in the theatre. This lends itself to the serious tone of the films and theatre itself. It feels like an extension of the DIA itself.

A Sister began the second half. A thriller from France about a kidnapped woman calling 911 and faking a call to her sister. The second film, Brotherhood was from several places but primarily Tunisia. This film was gripping. A tale of a boy returned home to his family from a stint with ISIS. His father is very upset with him and turns him in before he realizes that his boy had a change of heart and had run away from ISIS. This film was grim. The power of the short is wielded in this film.

It is worth noting here, that seeing the films from different cultures and countries is a wake up that is pivotal for Americans. Even if it is only in small doses. One film from one country. A short, a television show. Traveling the world may be expensive, but exposing oneself to culture via the medium of our times, video, is an easy thing to do with the modern tool, the internet. It is a transformative experience.

The audience gasped at the father turning in his son. His son who was saving a woman from ISIS and coming back to be true to his upbringing in his Muslim faith. We were seeing a very well composed drama unravel before our eyes from a perspective our insulation mostly prevents.

The next film Saria was the most intense of all the films that day. This film centered in an orphanage in Guatemala just a few years ago. The film depicted traumatic rape and awful living conditions. It was gut wrenching to say the least. The last two films turned a bit more lighthearted.

The Neighbors Window, set here in the USA, used a comedic Rear Window trope to examine the perspective of aging. But the film turned on the premise of “the grass is always greener on the other side” and was a portrait of gratitude. It also won the Oscar in it’s category. It’s strong point was definitely the humor and upbeat look at life. That just as we want what others have, they want we have. A tale of gratitude with humor.

Finally, the shorts ended with Nefta Football Club. A giant punchline of a film. The entire time we were waiting for the other shoe to drop. But it ended up being a beautifully shot and wonderful film to wrap up the day. And we all laughed with a great sigh of relief at that particular film.

I sat next to a much older woman who talked to me in between every film. She had been coming to the Detroit Film Theatre for years. She went to supportive events and other screenings at libraries. We cried together. We shared a lot of joy and relief at the punchline of the final film. Everyone in the sold out theatre did that day. We took a trip around the globe and wept with heartache and were rewarded with laughter.