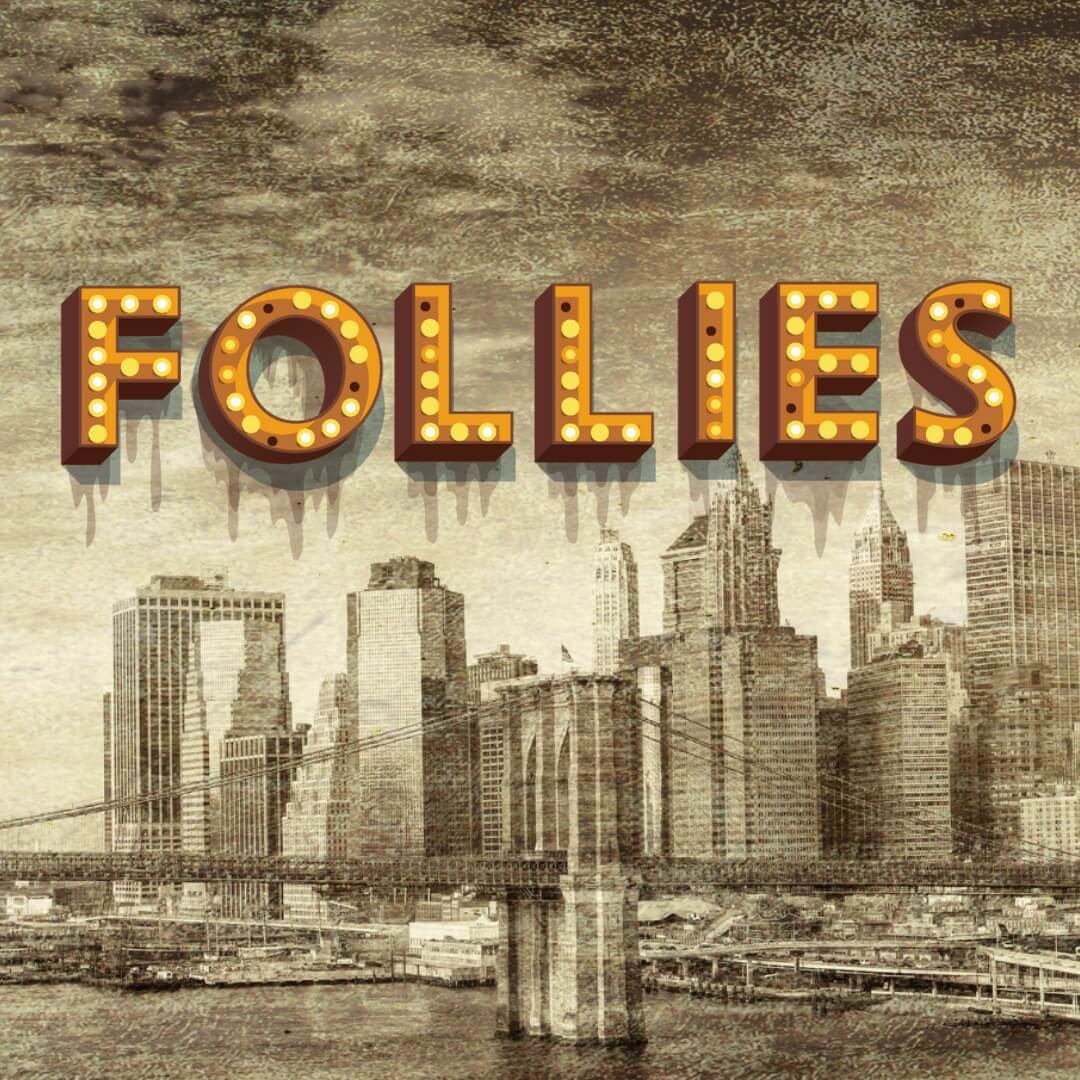 “an act of sheer folly”

Follies, by James Goldman, music and lyrics by Stephen Sondheim, opened this weekend at Bay City Players to a standing ovation.

Weismann’s Theater, a home for many years to actors and actresses as they presented “Weismann’s Follies” to entranced audiences, is being torn down to make way for a new parking lot. Dimitri Weismann (invites his old performers back for a goodbye party before demolition, a chance to “drink some drinks and lie about ourselves”.

Many performers attend the party including two couples, Ben and Phyllis (Dave Kingsworthy and Tezra Mohr-Tromba) and Buddy and Sally (David King and Sherri Angelotti).  In their younger years, these four people were the best of friends, but time has passed, and they haven’t seen each other in many years.  Ben and Phyllis have a very comfortable life, he was a successful politician and now runs a foundation, while Phyllis is the socialite wife.  Buddy works as a traveling salesman, while Sally is a housewife and mother, having raised their two sons.  By all appearances these two couples are living the dream, but behind the scenes they are all quite unhappy.  Sally has come to the reunion even though she knows that Buddy didn’t want her to attend.  She has come to see Ben, the man she has secretly loved since they were all together in their younger years.  Buddy has followed Sally, he knows she is unhappy and wants Ben, but he still loves her with his whole heart.  Ben and Phyllis cannot stand to be near one another.  Neither of them thinks that they can go one more day in their relationship.  As the play progresses, Ben acknowledges to Sally that he loves her too, and Sally takes that to mean that he is going to leave Phyllis and marry her. Sally tells Buddy that she is leaving him for Ben, but Ben isn’t so sure.  He knows that he isn’t happy with his life, but he isn’t ready to just jump into a relationship with Sally.  As time goes on, the couples acknowledge their unhappiness and their own part in it.  Sally realizes that Ben doesn’t love her in the way that she has built up in her mind and that they will never be together.  She sees that Buddy really loves her and longs for the connection that they had when they were first married.  Phyllis tells Ben that she will not go on one more day the way that they have been.  She can make it on her own.  Ben sees that Phyllis has been his support system all along and without her he would be nowhere.  The couple conclude that they are better off together, Ben needing Phyllis and Phyllis needing to be needed.

There are many other performers who have returned for the reunion.  Using song, Sondheim introduces us to the characters, and gives us a glimpse into their personality.  Trena Winans’, Stella Deems, is a woman who is willing to put herself out there.  Her musical number, “Who’s that Woman?”, involves all the other female performers and includes tap dancing.  Ann Russell-Lutenske’s performance if “I’m Still Here”, as Carlotta , reminds us all that while life has many ups and downs, the most important thing is to hold on and be able to say that we haven’t gone anywhere, no matter what.

Each musical number helps to show the audience what Weismann’s was like in its heyday. In the end though, progress will prevail.  The old will be forgotten and paved over and only those who lived it will remember.

Follies is an enjoyable production to watch.  The actors are fully involved with their characters and there are no missteps in their delivery.  The sound never wavered, and the musical numbers were very professional.  The costumes were perfect for the time and the set design was very reminiscent of an old theater that had seen better days but still had a touch of old glamour.  You still have time to see this production at Bay City Players.