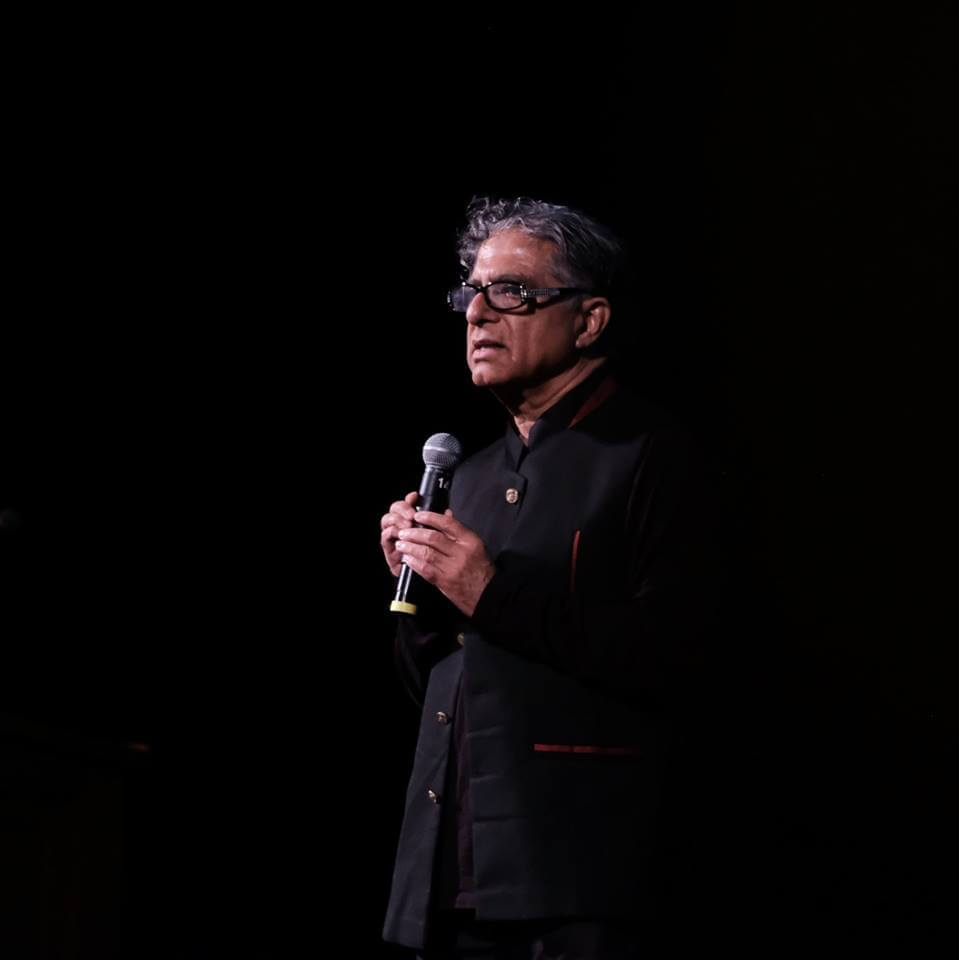 On Thursday night, The Temple Theatre hosted a talk by Deepak Chopra entitled “The Nature of Reality.” Mr. Chopra hardly needs an introduction. More than just a highly successful author, whose 80-some books include more than 20 New York Times bestsellers, Deepak Chopra is a media celebrity. Thanks in large part to a boost by Oprah Winfrey in the early 90s, Chopra has attained a level of cultural prominence rare even among bestselling authors, earning him a place, for example, on Time Magazine’s 100 “Heroes and Icons of the Twentieth Century.”

Mr. Chopra’s work is a study in contradictions. While he is best known as a practitioner of and advocate for “alternative medicine,” that is, approaches to healing and well-being that center on principles that cannot be observed scientifically, his discussion of these topics nonetheless relies on the language of scientific disciplines, particularly quantum physics. Mr. Chopra has written several bestselling books on the subject of “quantum healing,” in which he claims that physical health is primarily governed by consciousness and that alternative healing practices grounded in this perspective are capable of achieving remission of cancer and other chronic diseases and the reversal of the aging process. These claims have been widely criticized by medical professionals and scientists, who note that they are unsupported by empirical evidence and argue that Mr. Chopra lacks expertise and misrepresents the scientific disciplines his work engages, and furthermore, that such claims are irresponsible, offering false hope and potentially dissuading sick people from pursuing the empirically-grounded medical treatments that they need.

Spirituality, the inquiry into human consciousness and “the nature of reality,” is the other central concern of Mr. Chopra’s body of work. His perspectives on healing, and the health products and services offered by his business enterprises, are grounded in Ayurveda, the Hindu healing tradition, and the Transcendental Meditation movement. Mr. Chopra is widely regarded as a leading figure in what is often called the New Age spiritual movement. As such, Mr. Chopra, in his books and talks, advocates for spiritual practices, such as meditation, and the exploration of consciousness, claiming that consciousness, not the material world, is the true ground of all existence, and where human beings can find the deepest fulfillment, well-being, purpose, and understanding. How does one reconcile this spiritual perspective with Mr. Chopra’s lavish material wealth, his multi-million-dollar home, his rock-star speaking fees and ticket prices, his businesses that bring in an estimated $20 million annually (selling products and services at prices affordable only to the wealthy)?

These contradictions notwithstanding, Mr. Chopra’s talk Thursday night in the mostly packed Temple Theatre seemed well-intentioned and positive. His discussion of health and well-being was light on extreme claims and heavy on good advice, stressing the importance of sleep, healthy diet, exercise, emotional health, positive relationships, and stress management. His discussion of consciousness, spirituality, and the pursuit of what he calls “self awareness,” touched on concepts and practices common to many contemplative spiritual traditions. And the talk was very well received, eliciting plenty of laughter from the audience, enthusiastic participation in several short meditative exercises, and lively discussion afterward. Mr. Chopra briefly addressed near the end of his talk the urgency of the climate crisis, environmental destruction, and the prevalance of injustice, violence, mental illness, addiction, hatred, greed, and other social ills as symptoms of unwellness, presenting spirituality, the exploration of consciousness, as the pathway to a more peaceful, balanced, loving and healthy world. Whatever opinions one holds of Mr. Chopra and his work, his popularity, book sales, and the full house at Temple Theatre on Thursday night show that, despite the materialistic obsessions, systems and structures of modern society, there is still avid interest in spiritual perspectives, that many people are searching for kinder, truer, healthier ways of living and relating, and that in itself is something to feel hopeful about.